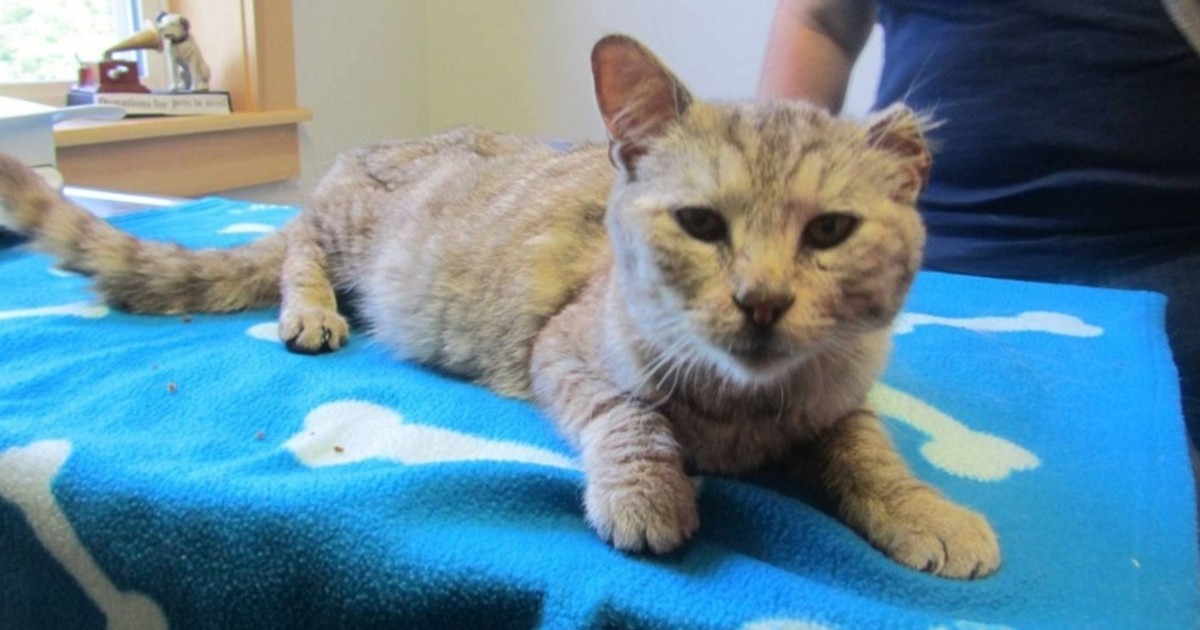 Anyone with an outdoor cat knows the feeling: you call your kitty to come back inside the house, and your feline friend is nowhere to be found. It’s a worrisome feeling, but nine times out of 10, you hear meowing or scratching at the door 10 minutes, a half hour, or sometimes, as long as a day later.

After that, the chances that your cat will return start to fade… So when Norma Moore-Dingwell’s cat, Will, disappeared in the middle of a snowstorm a year and a half ago, she eventually gave up hope that she’d ever see him again… And then last month, just like that, Will came back!

“I was shocked,” Will’s owner, Norma Moore-Dingwell, told CTV News about Will’s return. “I didn’t believe it was him at first.”

But, sure enough, it was Will, just a little worse for the wear after 19 months away from home.

“The vet thinks he lost part of his ear to frostbite, but other than that he was quite hungry and thirsty,” Moore-Dingwell said. “But he was in good shape.”

Whatever Will went through during all that time away, he still had his cheerful attitude.

“He was a very friendly cat that morning on the table,” Dr. Dave Lister of the New Perth Animal Hospital told The Dodo after the vet checked Will out. “He just sat there and took all the attention we gave him.”

And when Will walked through his front door for the first time in 19 months, he still had his favorite places, too.

“He remembered where his room was, so that was kinda nice,” Moore-Dingwell told CTV News.

Though Will’s life might be normal once again, “it’s miracle that he found his way back,” his owner, Moore-Dingwell said. And I’m so glad he did. There’s no better place for him to be than back in his owner’s arms again!

Don’t forget to share this story with all of the animal lovers in your life!