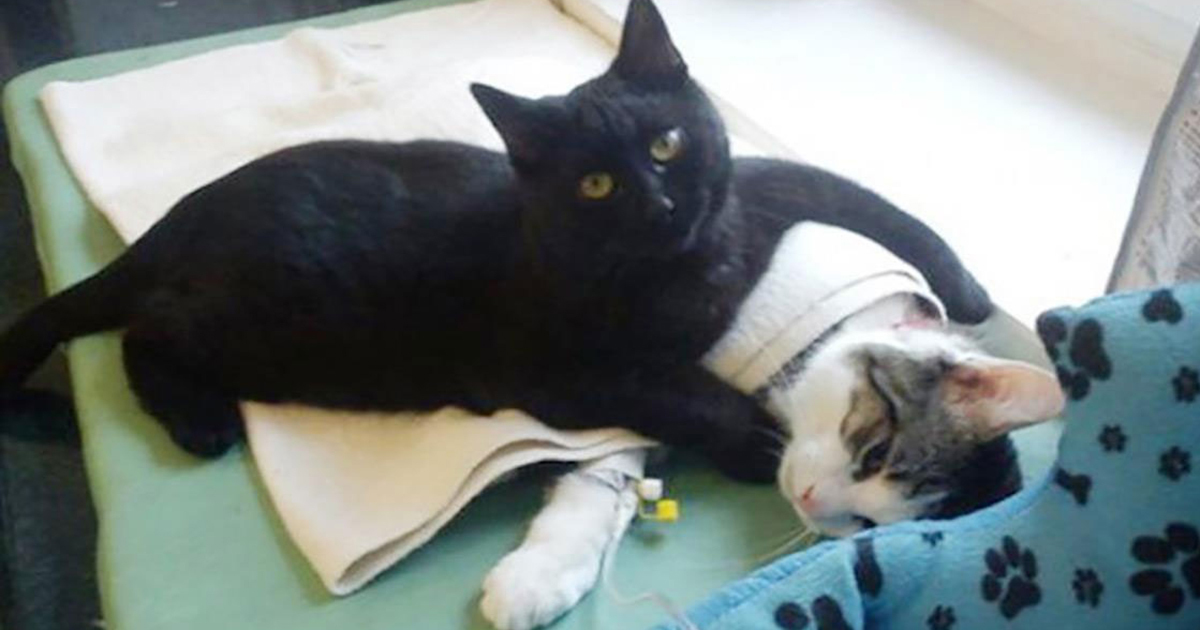 The cat Radamenes was brought to the vet for a tragic purpose: to be killed.

He was very ill and his owner wanted his suffering to end.

But Radamenes wasn’t destined to die — he still had at least one of his nine lives left.

Radamenes lives in Bydgoszcz, Poland and had been ill for some time when he arrived at the veterinary clinic a few years ago. His owner thought the time had come for the cat and asked the vet to put him down.

But when the veterinarian heard the cat purring, she saw it as a sign. She decided to give the cat another chance and they started a treatment to his health back on track.

In what could be perceived as miracle, Radamenes’ condition improved and the old cat was suddenly healthy and well. But the story doesn’t end there.

The veterinarians noticed that Radamenes had a tendency to hug and wash other patients at the clinic. It was almost like he understood that they needed comfort and love when they were sick.

He seemed to be extra loving toward patients who had undergone serious surgery.

The veterinarians at the clinic claim that Radamenes behaves like an actual employed nurse — and they would like to keep him on full-time.

I think that’s a great idea! Who would better at comforting patients at a veterinarian clinic than a cat who has gone through exactly the same thing?

Radamenes’ story has spread across the internet and has even made it to international news outlets. He’s being praised by thousands of people all over the world.

Radamenes is living proof that cats don’t only think of themselves and are in fact compassionate animals.

Please share this story to pay tribute to this wonderful creature!