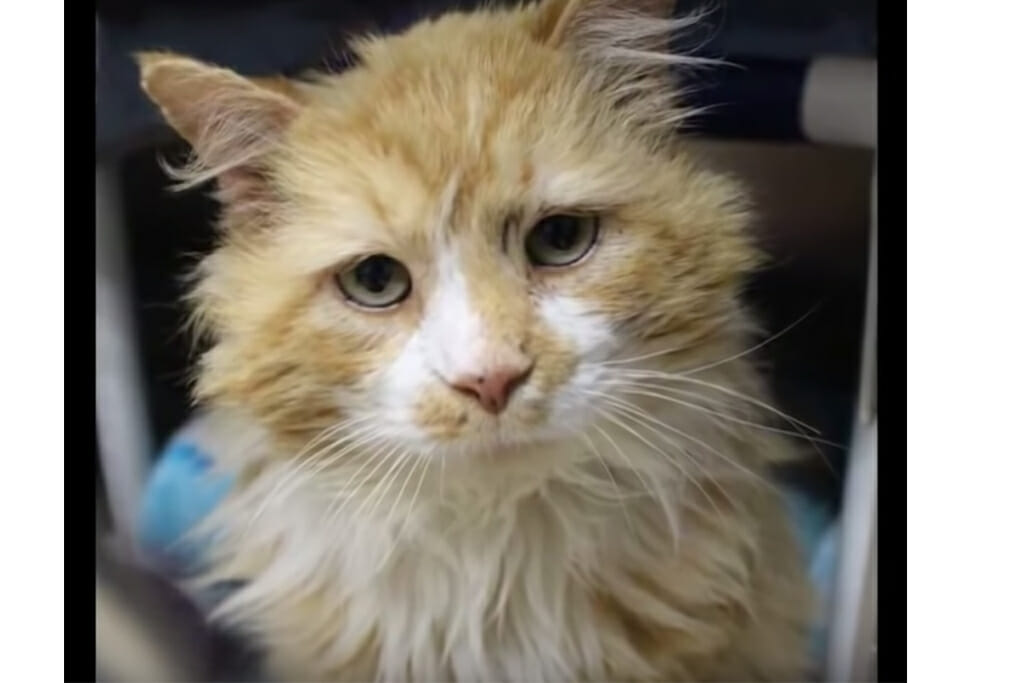 It amazes me that some humans still don’t fully fathom the deep bond an animal develops with you when you take it into your life.

Cat or dog, it makes little difference; pets look at us as family, so it’s the very least we can do to treat them the same way.

Toby is a cat who wanted to stay with his humans. Sadly, they didn’t want him as he didn’t get along with their existing cats after initially turning up on their doorstep as a stray.

As per the SPCA of Wake County, Toby was handed to a new family. Only, he didn’t want a new family …

It turned out Toby was so attached to his old family that he walked an astonishing 12 miles back to his old home. When he got there, though, instead of rewarding his love or understanding his feelings of longing, his old family tried to sentence him to death.

Tara Lynn, communications director for the SPCA of Wake County, explained to The Dodo: “They took him to a shelter and asked them to euthanize him. It was just so heartbreaking to know he made it all the way back to his family, and that was their response.”

Of course, the shelter realized Toby was special, and refused to put him to sleep. Instead, they called the SPCA, which rescued Toby, gave him a medical assessment and prepared to find him his forever home.

“He tested positive for feline immunodeficiency virus, and also had an upper respiratory infection,” Lynn said.

“We got him treated for the infection, which took a little while.”

Once Toby was fighting fit, his picture was posted on social media along with his story. As per the SPCA, the phone didn’t stop ringing with offers thereafter.

In the end, Michele Puckett of Raleigh, North Carolina, went to visit Toby to see if they were a good match. They were!

“She had no hesitation whatsoever,” Lynn said of Puckett.

“She was on a job site and just dropped everything to come here.”

After adopting Toby, Puckett realized what a wonderful cat he really is.

“It’s really hard to understand how someone could have dropped him off to be put to death like they did,” Puckett said. “It’s shocking, but we feel so grateful he was saved.”

What a heartwarming story. Always remember that whilst your pet might be a part of your world, you are their whole world.