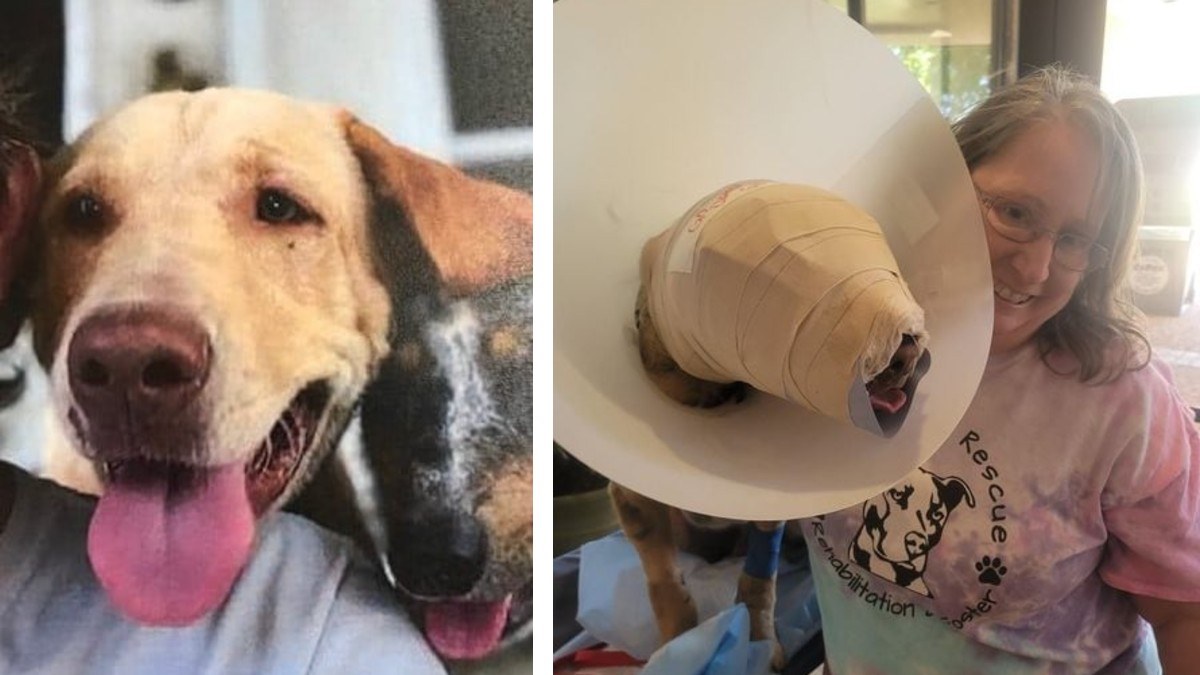 A child has confessed to intentionally setting a dog, identified as Buddy, on fire last week in Mississippi.

While the act was deemed animal cruelty, since the child is said to be under 12 years old, they cannot be charged with a crime under Mississippi law, according to police.

Some photos may be distressing to some readers.

Buddy was brought to the Tunica Humane Society on Friday, after returning home from a roam around the neighborhood with an extension cord wrapped around his neck and burns covering his face.

Sandy Williams, director of the Tunica Humane Society, believes the extension cord was used to hold Buddy down while he was set on fire.

“It’s unfathomable that someone could be that evil,” she told FOX 13. “Buddy was an extremely friendly, non-threatening dog. He followed the children in the area everywhere.”

Buddy’s owners surrendered him to the humane society in order for him to receive proper treatment.

“Sadly, Buddy’s prognosis isn’t good right now. If this dog can recover, he will have a long, long road ahead. His face is so swollen from the burns, his eyes are not visible at the moment,” the humane society wrote the day they received Buddy.

But hour by hour, he surprised everyone with his will to live.

On Monday, Buddy was transported to Mississippi State University College of Veterinary Medicine for further treatment.

“He was in good spirits, wagging his tail and very co-operative.”

While Buddy continued to receive treatment, those concerned with his recovery and interested in catching the person or persons responsible donated and kept a watchful eye out.

On Wednesday, the Tate County Sheriff’s Office released a statement that investigators had obtained a confession from a juvenile. The child, who is reportedly under the age of 12, confessed to purposely setting Buddy on fire.

Although the abuse amounts to a felony crime, Sheriff Brad Lance with the Tate County Sheriff’s Office said “under Mississippi law no person under the age of 12 can be charged with a crime.”

How horrible! There needs to be justice for Buddy!

What do you think should happen with this case? Let us know your thoughts on Facebook and then share this story to keep the conversation going.