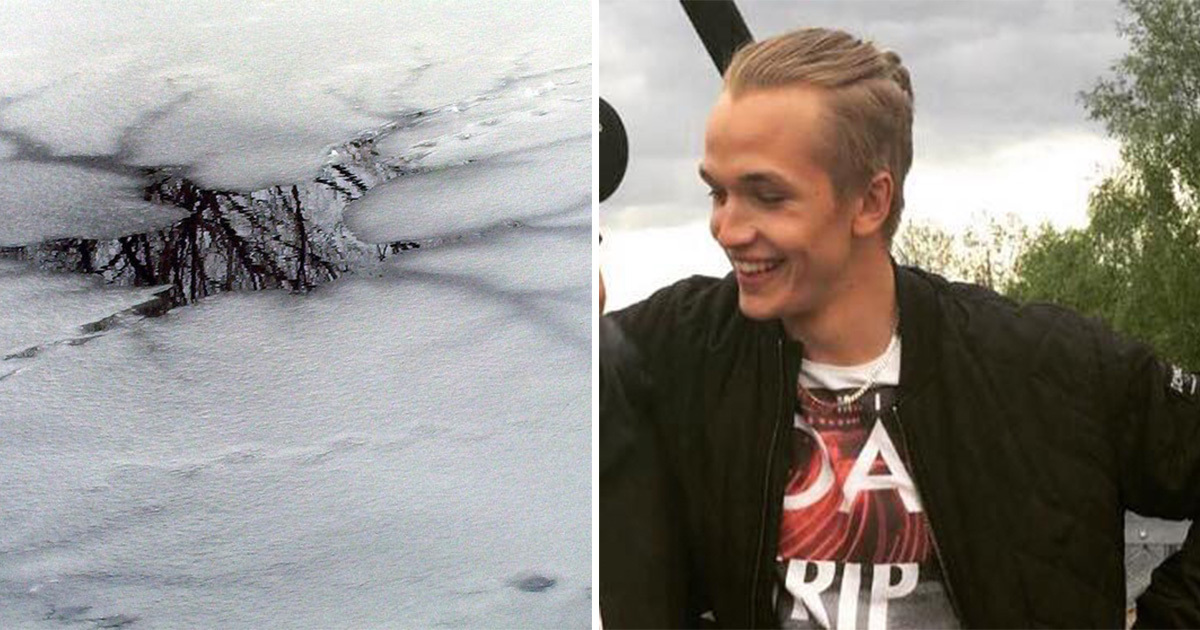 A dog named Chill almost lost her life recently when she fell through a hole in the ice and struggled to stay above water on Lake Mälaren in Sweden. But thankfully, Max Holm and Jonas Jansson heard her cry. Without hesitation, the two teens crawled on the ice, waded through the icy water, and swam to the dog’s side, 80 feet (25m) from shore.

“I panicked and struggled to keep our heads above water and bring her back,” Max explained.

Eighteen-year-old friends Max Holm and Jonas Jansson were invited by Robert Jidesjö to check out an island outside the Swedish town of Västerås recently. And everything was going well until the guys noticed that Robert’s dog, Chill, had run off into the distance.

When Max and Jonas got closer, they could hear Chill yelping and realized that she had fallen into the water. The guys knew that saving her would be tough, but they didn’t hesitate for a second. Chill was 80 feet (25 m) from shore, and since the ice was broken in several places, they had no choice but wade into the icy water. And for the last stretch, Max went alone.

“In the end, it was so deep that I couldn’t touch the bottom. I broke through the ice with my hands and got stuck on the edge of the ice. When I came to Chill, I picked her up and put her on the ice, but she was too heavy and the ice broke. I panicked and struggled to keep our heads above water and bring the dog back,” Max told Swedish website Fishing & Hunting.

Finally, after swimming with the dog in front of him, Max managed to lift Chill out of icy water and put her down on thick ice.

“I don’t know if it was because of the adrenaline, but while it was happening, I didn’t feel cold,” Max said.

Thanks to Max and Jonas, Chill survived and returned unharmed to her grateful owner.

These two guys deserve all the praise in the world. Share if you’d also like to give these two animal-loving heroes the attention they deserve!