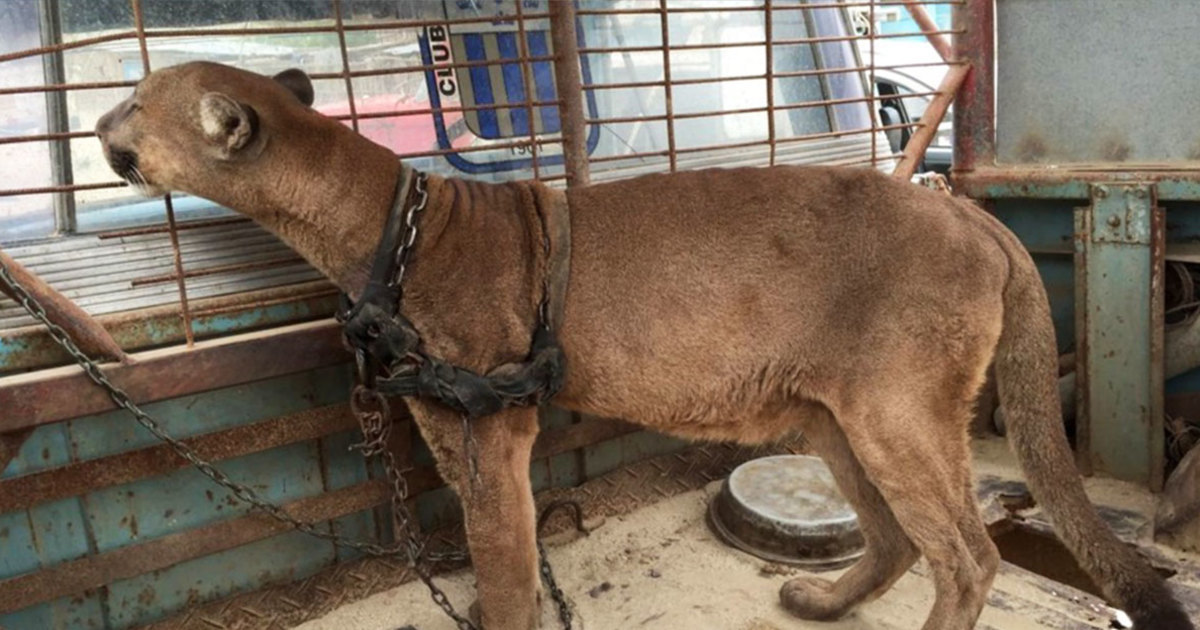 I love animals, and I can say with certainty that being chained up in the back of a pickup truck is no a place for an animal, especially not a full-grown mountain lion.

But that was exactly where a mountain lion named Mufasa was forced to live.

He belonged to a traveling circus in Peru and his life was made a living hell — all so people could be entertained and his owner could make money off of him.

Fortunately, some animal lovers came to his rescue.

Even today, many animals are still abused and neglected in circuses, zoos, and shows.

The poor animals are forced to live in tight spaces and don’t get the chance to live the lives they deserve.

The mountain lion Mufasa was found chained up on the of a pickup truck in Peru. He had lived there for 20 years, forced into a life he neither wanted nor deserved.

Luck came to Mufasa late in life, but thankfully, it did come. In 2015, the animal rights organization Animal Defenders International was able to get him released after several months of hard work. The organization found him when they it trying to shut down a whole Peruvian circus.

Mufasa is better now. He no longer lives a life marked by anxiety and oppression. Instead, he has been given the right that all animals should have — he’s spending his last years in the jungle, where he can live his life just the way he wants.

Mufasa’s rescue story is beautiful, and the video below shows his first step in freedom. It’s amazingly nice!

No animal deserves to be treated the way Mustafa was! Please share this video to show that you’re also on the side of animals!