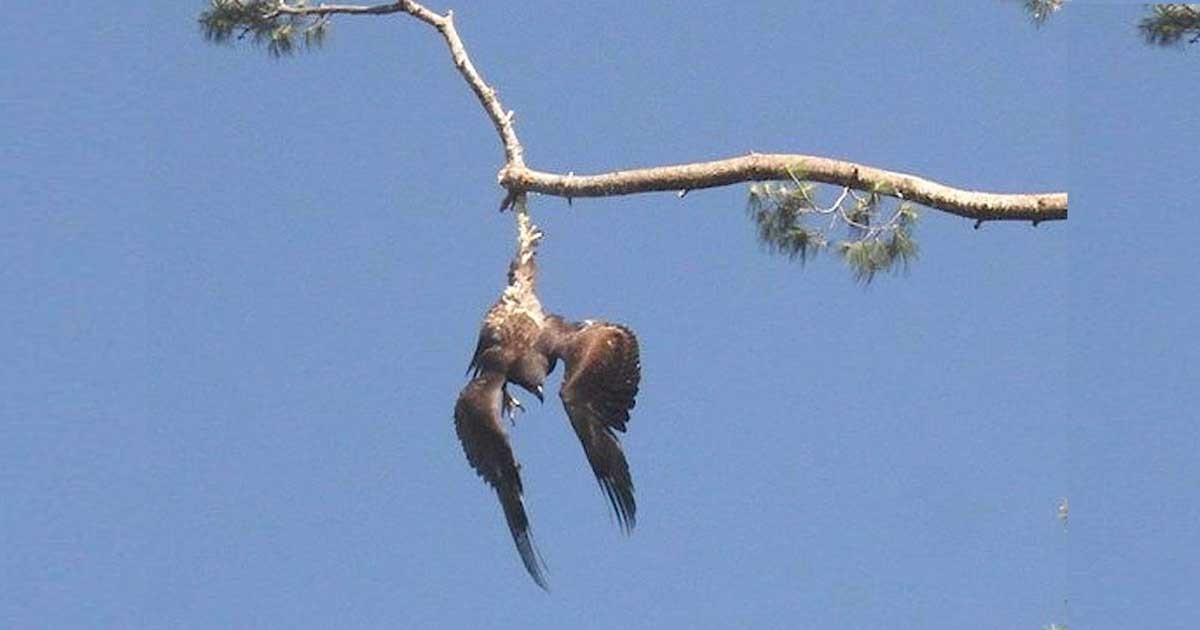 Seventy feet in the air, an eagle hung there totally helpless and left to live out a terrible fate. Somehow, it had somehow become tangled up in a rope tied to a tree branch, where it was squawking for help.

Veteran Jason Galvin and his wife happened upon it and immediately called the local authorities in Rush City, Minnesota. But the city workers said that saving the life of the poor eagle was outside of their jurisdiction.

And that’s when Jason decided to take matters into his own hands. He couldn’t just watch the eagle die there, so he asked for permission to shoot down the branch that the eagle was tethered to. The city gave him the required permit and the veteran sharp shooter set to work. Two hours and 150 shots later, the eagle was free. Fantastic!

Share if you also think this guy is a real hero!