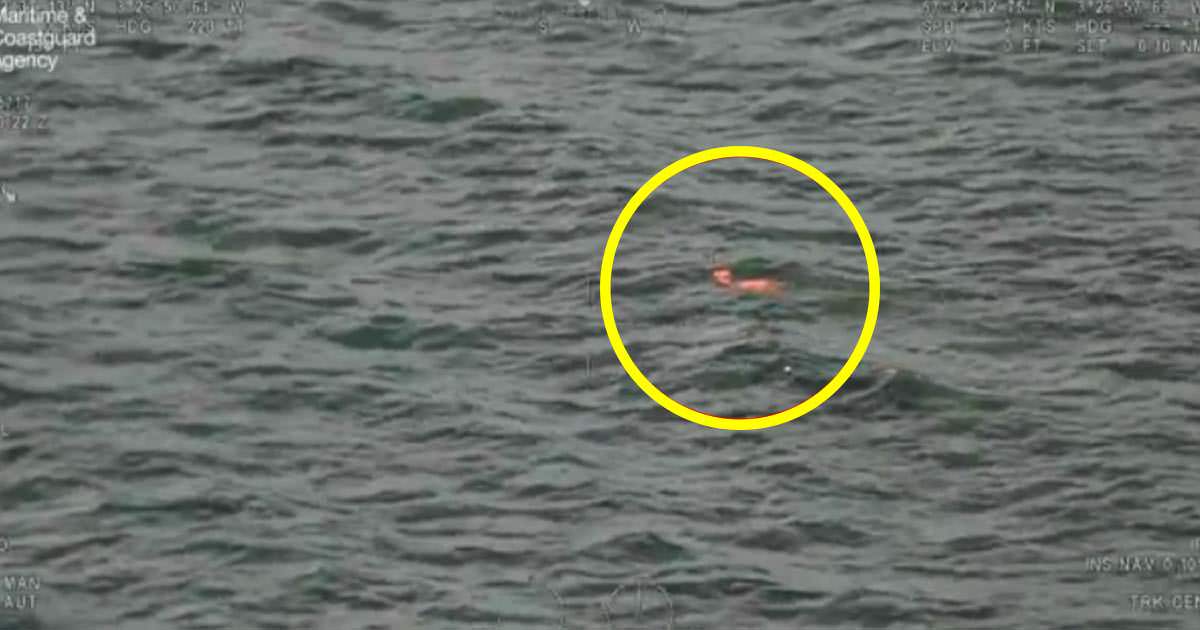 Last Sunday morning, the UK Coastguard received an emergency call. A dog had been swept out to sea near the town of Cummingston in northern Scotland.

The dog’s owners were, of course, very worried. As they waited for the coastguard, they lost sight of their beloved cockatoo and feared the worst, writes The Dodo.

Time was running short and the coast guard had to act quickly to save the little four-legged friend’s life. But finding a small dog in the vast ocean that day proved to be even more difficult than usual. The conditions were bad, with choppy waters and high winds.

Fortunately, the search and rescue boat was supported by a helicopter. Soon, the crew in the helicopter saw a small brown spot in the water, about 50 meters offshore. The little cockapoo was fighting for his life in the frigid water and desperately tried to keep his head above water.

The boat turned around in a flash.

The helicopter guided the boat to the dog, and by the time the crew reached the dog, the poor thing had been in the freezing water for 40 minutes.

Watch this video, shot from the helicopter, of the moment when the UK Coastguard rescue the little dog:

As the coast guard performed first aid on the dog, they realized that they had arrived not a moment too soon. Thank heavens, they were able to find him so quickly!

Once they reach the shore, the crew brought the little cockatoo to a veterinarian and thankfully, the dog is doing quite well now.

“The dog was absolutely exhausted when pulled on board the vessel, very tired, wet and cold. The lifeboat crew thought [he] wouldn’t have survived much longer in the sea,” Sam Sinclair, a press officer for the UK Coastguard, told The Dodo.

Dog rescue – CummingstonEarlier today, an emergency call was made reporting a dog which had ran into the water and…

Please share if you’d also like to pay tribute to these animal heroes! What a great effort!