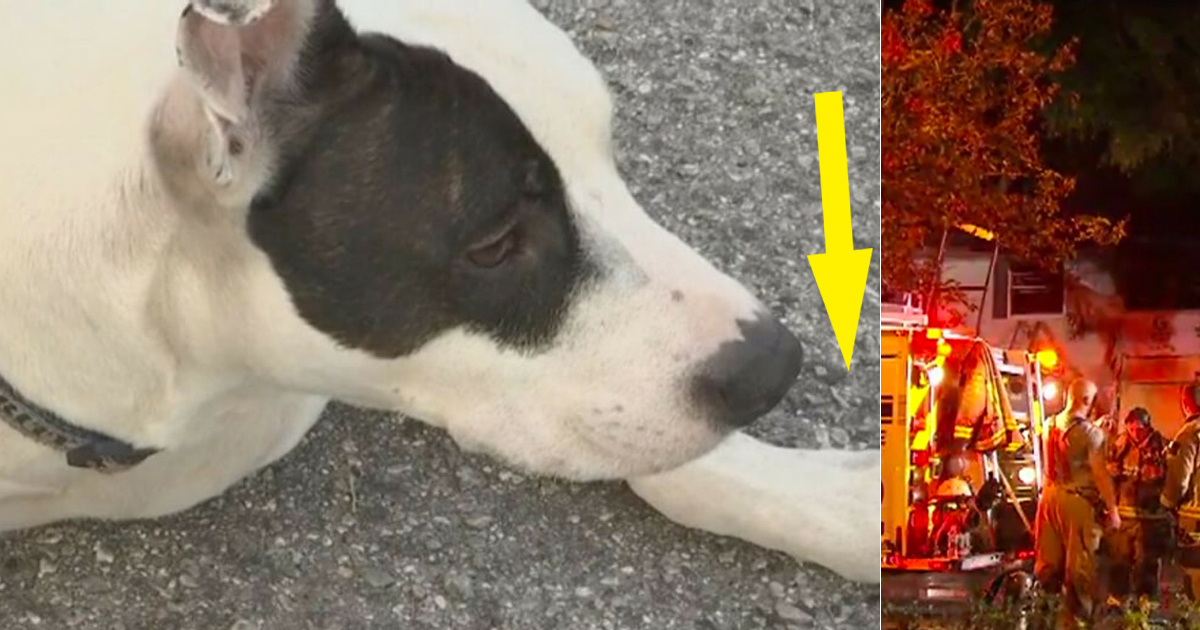 Dominic Baccus adopted Buddy when he was just a puppy. The three-legged dog was homeless and had lost his leg when he was hit by a car as a puppy. Dominic wanted to give Buddy a new start in life, and he let his best friend know that he could always lean on him for support.

Now, Buddy is three years old, and he just showed Dominic that he’s always there for him, too.

On Tuesday, May 9, Buddy used his only front paw to wake his owner. It was 2 a.m. and Dominic was sound asleep.

The condo below Dominic’s was engulfed in flames and several others were also burning.

Dominic was totally unaware of the deadly fire that surrounded him, until his three-legged friend came to the rescue. Buddy noticed smoke pouring into Dominic’s bedroom, and the brave dog acted fast. He climbed up onto his owner’s bed and used his front paw to push his chest and neck until he woke up.

“The flames were starting to engulf my doorway. My entire house was full of smoke and I saw it was starting to take my entire neighbor’s house down, says Dominic to Fox5.

Dominic grabbed his most important possessions like his cell phone and wallet. Then, he grabbed Buddy and picked him up in his arms.

He ran out the back door and across the deck as flames shot up through the boards. When Dominic and Buddy were safely out of the building, Dominic saw that the fire had already reached the tree tops.

Fire fighters arrived and were able to put out the fire in less than 30 minutes. But unfortunately Dominic, Buddy and the rest of the residents of eight condos lost their homes.

“I’m just glad he was there for me when I needed him,” said Dominic said of Buddy.

His brave dog had saved his life!

Buddy has already seen so much in his short life. In just a few years, he’s been hit by a car, he’s lost one of his front legs, and has been homeless. It’s sad to see that he’s lost his home once again. But this time, at least he’s not alone.

Share this article to pay tribute to Buddy’s heroism. Animals can really make a difference in the world!