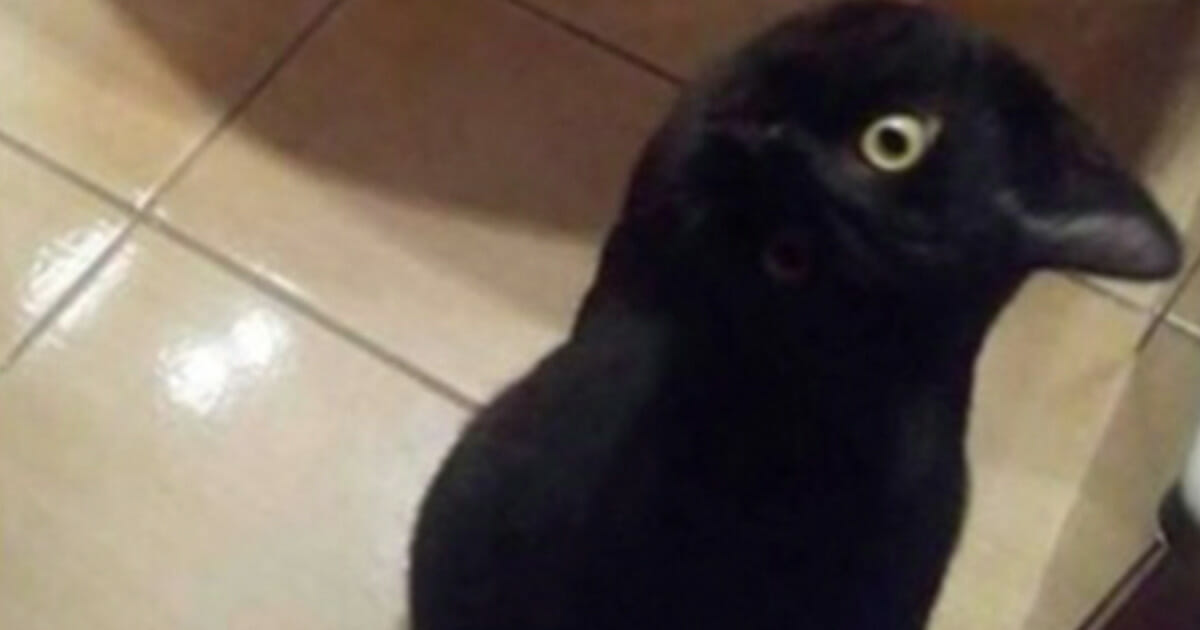 Optical illusions are more common than we think and can occur when you least expect them.

Such is the case of this picture.

What do you think you see?

At first, it looks like a crow. The beak is a little short, but the all-black animal has an uncanny resemblance to a crow.

But upon further inspection, you may realize that it’s not a crow at all. Take a closer look at the so-called beak.

In this accidental illusion, you can see that’s this is really the photo of a completely different animal. Do you see it?

Things are not what they seem…

As it turns out, that ‘beak’ is actually an ear! And when you finally realize that it’s an ear, let your eyes wander down its body. Do you see the faint outline of another eye? If you do, great job!

Can you figure out what animal it is?

The black cat’s head is tilted up and back towards the camera in such a way that one of its ears looks like a beak. The cat is so dark in color that it’s nearly impossible to make out the outlines of its head.

Most people see a crow at first—were you one of them? How long did it take you to find the cat?

This adorable kitty probably has no idea that his image has been circulating around on the internet, but if he knew what people thought he was at first, we’re sure he would laugh! Please share to challenge your friends to find the hidden animal!