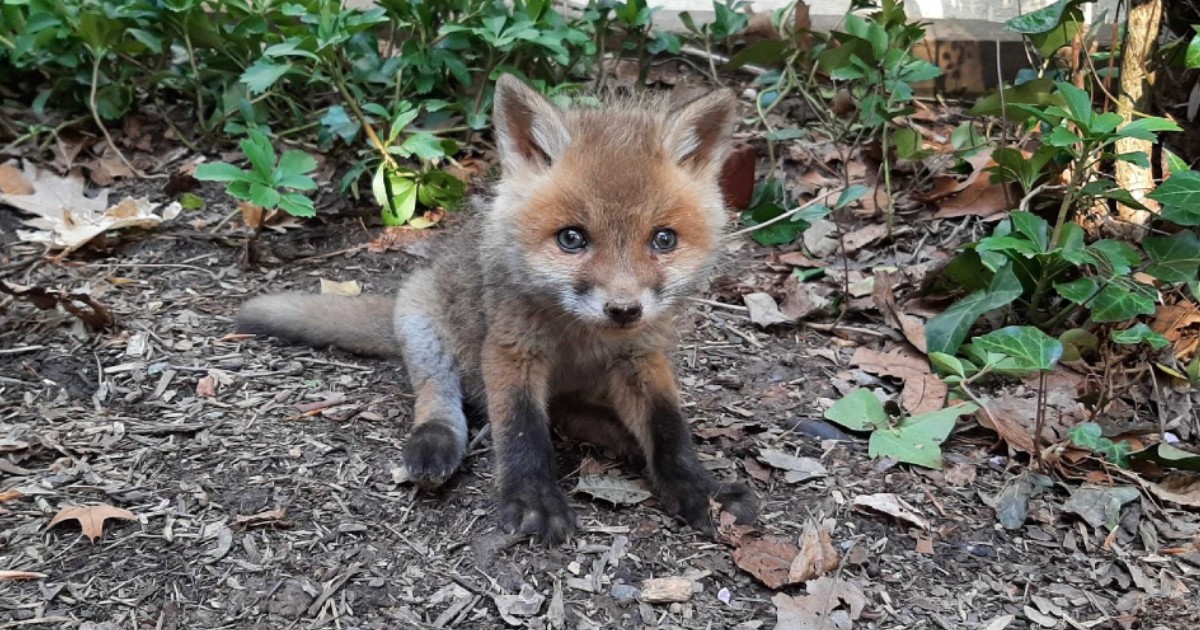 Many people are graced with the sight of a fox in their own backyard. While it’s usually best to just keep your distance and let them run around, sometimes these animals need our help.

That was the case recently when one cute baby fox was found all on his own… and rescuers found a surprisingly simple way to keep him safe.

On Monday, the Animal Welfare League of Arlington, in Virginia, got a call from a homeowner about a baby fox found in their backyard. They were concerned, as the little fox was all on his own and “crying for his mother.”

Sgt. Ballena and Officer Elpers arrived on the scene, and inspected the fox cub. Luckily, he was in good health.

“Thankfully he was alert, hydrated, and had a full belly,” the Animal Welfare League wrote on Facebook.

But he was still separated from his mother, and they knew the only way for him to be safe was to reunite with her.

They guessed that the mother was still nearby, and didn’t want him to wander of when she came back for him. Improvising, they found a simple solution: placing him in a basket!

Not only did it keep the fox from running off, the basket provided a position where his mother could still easily retrieve him. It also kept him hidden from any danger.

The homeowner kept an eye on the baby fox, and thankfully the fox’s mom picked him up by the next morning.

The story went viral, with people commenting on how cute the fox is while also thanking the Animal Welfare team for their smart thinking.

We’re so glad this little fox is safe! Sometimes it’s the smallest things that can really help an animal. Thank you to these rescuers for helping this fox reunite with his mom!