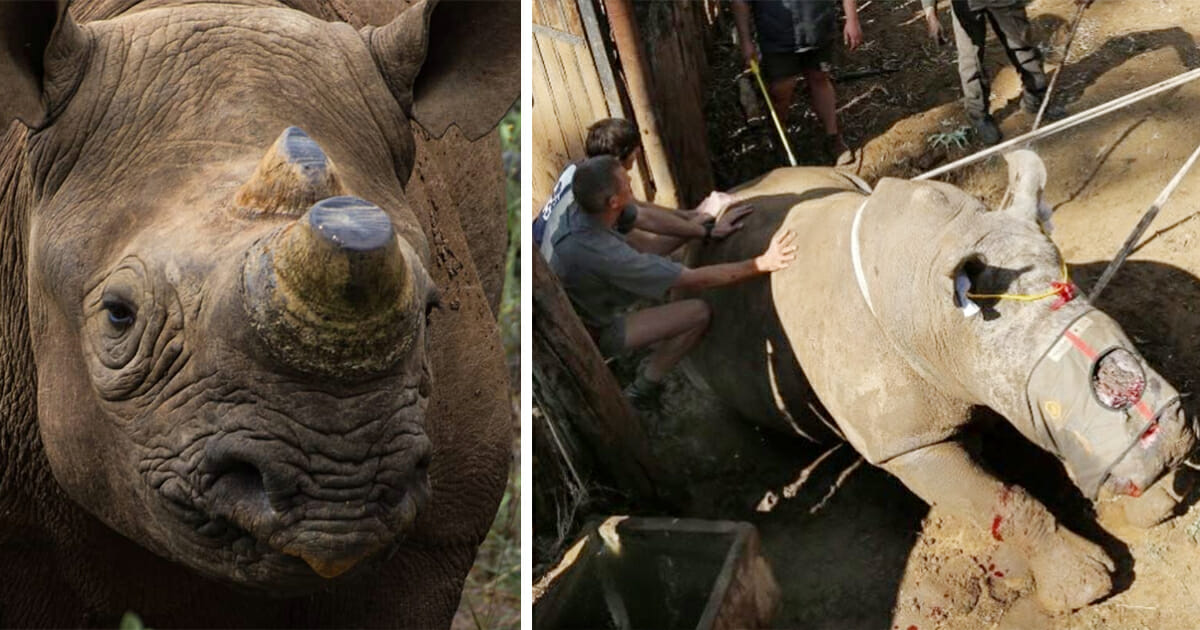 Animal poachers are, for me at least, amongst the worst kinds of people on earth.

To hunt and kill majestic beasts simply to make money from their hides or horns is cowardly, greedy and, put simply, something that must be stopped at all costs. Several species are fighting for their very existence thanks to the handiwork of poachers, and it’s well past time that governments clamped down on it by introducing severe penalties for those caught.

The country’s tourism minister Najib Balala has announced that those caught poaching could be condemned to death, as per The Independent, going on to state that the new measures will be fast-tracked into law.

How many do you see? The rains have blessed us down in Africa (?). This is the greenest the reserve has been since 2013. Pic: Conor Thompson #VETPAW #veterans #usarmy #usmc #instagood #wildlifecrime #rhino #rhinohorn #rhinos #counterpoaching #antipoaching #wildlife #giraffe #giraffes #poaching

Balala also vented an opinion shared by many, suggesting that current laws against illegally killing wild animals in Africa are not fit for their intended purpose – that is to say that poaching and the black market trade associated are still thriving.

Endangered portrait While working in Black Rhino monitoring in Limpopo, I had the extreme privilege of having many Rhino encounters alone, and on foot. This particular individual had caught my scent as the wind changed and began walking toward me, allowing me to monitor him from a nearby tree.and catch this shot. Black Rhino are now critically endangered as per the IUCN. The population has plummeted due to poaching from around 65,000 in the 1960's – 70's to being somewhere between 4 – 5000 today. . ISO 200, f8, 1/400 . . #blackrhino #endangered #illegalwildlifetrade #rhinoceros #savetherhino #bornfree #wildgeography #limpopo #southafrica #conservation #rhinoconservation

According to reports, 69 out of 34,000 elephants were killed last year alone, as well as nine rhinos from a population of 1,000.

“We have in place the Wildlife Conservation Act that was enacted in 2013 and which fetches offenders a life sentence or a fine of US$200,000,” said Balala.

“However, this has not been deterrence enough to curb poaching, hence the proposed stiffer sentence.”

Just where Kenya’s stance will stand with the UN – currently aiming to abolish capital punishment worldwide – remains to be seen, though the notion may well have the backing from the majority of the public. Elephants and rhinos are at the highest risk of being poached due to the value of their respective tusks and horns, and for some time now there have been calls for stricter laws to be utilized in protecting them.

And yet there does remain a market for trade of items garnered from poaching. As per the African Wildlife Foundation, almost 70 percent of illegal ivory ends up in China, where it sells for nearly $1,000 a pound.

China did in fact ban the sale of ivory products in January 2018, but there still exists a black market for poachers to flog what they have. What’s more, rhino horns can be sold for higher than the price of gold – $30,000 a horn compared with $22,000 a pound – and so there is sufficient motivation for poachers to risk imprisonment. Risking the death penalty, of course, is another matter entirely.

We believe we’re not far from a world in which poaching and trophy hunting can be diminished or even wiped out entirely.

That’s what we’ll continue to strive for, if for no other reason than so that these awesome animals can live without the fear of being hunted for the assets their born with.

If you agree that poachers should be handed the harshest possible penalties, share this news on Facebook!