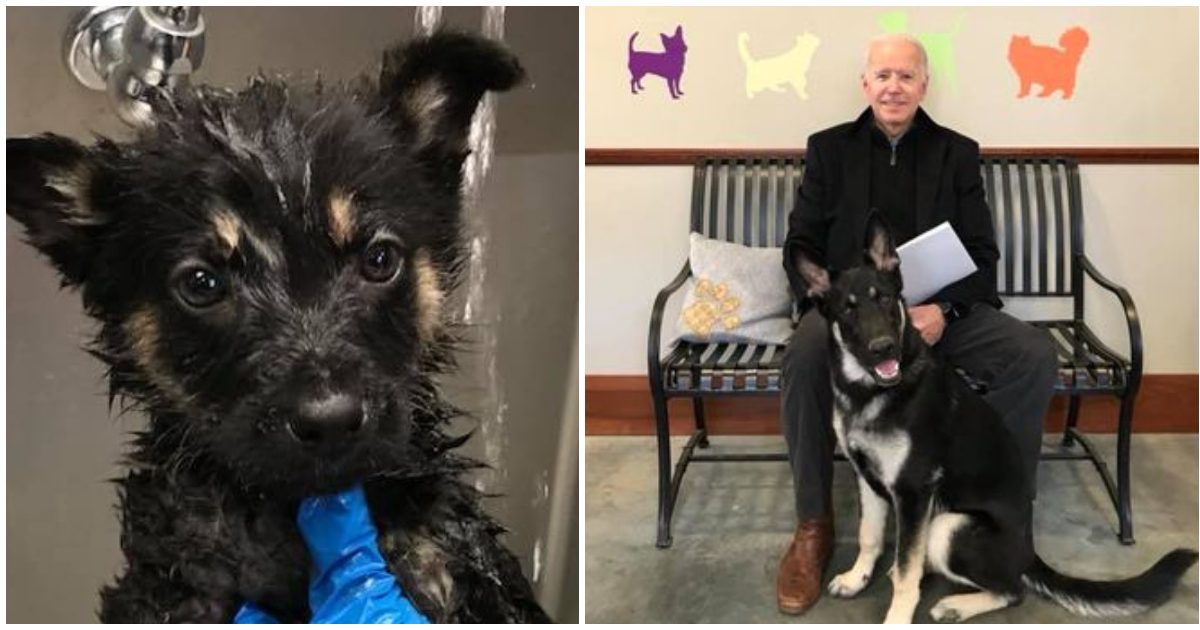 Yesterday was Inauguration Day in the United States, an event that saw President Joe Biden and VP Kamala Harris sworn in to office and take their places in the White House.

It was a momentous occasion for the new president… but for animal lovers, much of the attention has gone to two other Bidens: the president’s German Shepherds Major and Champ.

They will be the new administration’s “First Dogs.” It’s exciting not just because they will bring back the longstanding traditions of US presidents owning dogs (Donald Trump did not have a pet in his four years of office) but also because Major will be the first rescue dog to live in the White House.

President Biden and First Lady Dr. Jill Biden adopted Major from the Delaware Humane Association 2018, making it official after getting to know the dog through foster care.

All shelter dogs dream of finding their “forever home,” but few could ever imagine that they’d end up in the White House. And yesterday, as Joe Biden prepared to take the oath, Major’s former shelter took the opportunity to remind the world just how far this dog has come.

The Delaware Humane Association shared an adorable “before-and-after” pic, showing Major when he was just a tiny puppy in their care.

“Started at the shelter, now we here!” they wrote on Facebook. “Congrats to First Dog and DHA alumnus Major Biden!”

The beautiful photo has gone viral with over 4.5 thousand shares on Facebook in just a day.

Biden’s dogs have become quite the celebrities in recent weeks: Major got his own virtual “Indoguration.” In honor of him being the first “First” rescue dog, the event helped raise $200,000 for the Delaware Humane Society, helping them continue to get dogs adopted and provide relief for struggling pet owners during the pandemic.

And not to be outdone by the real inauguration, which had the likes of Lady Gaga and Jennifer Lopez, the “Indoguration” featured music superstar Josh Groban.

“Please rescue animals,” Groban said. “There are so many animals out there in desperate need of homes and you will not regret one moment with the animal you brought into your life and your home.”

Major and Champ might also soon have company at the White House: the Bidens are reportedly considering adopting a rescue kitten.

But even so, it’s clear that the dogs are the breakout stars of this new administration: they’ve even already landed a book deal!

Congrats to Major on going from the shelter to the White House! Enjoy being the “First Dog”!