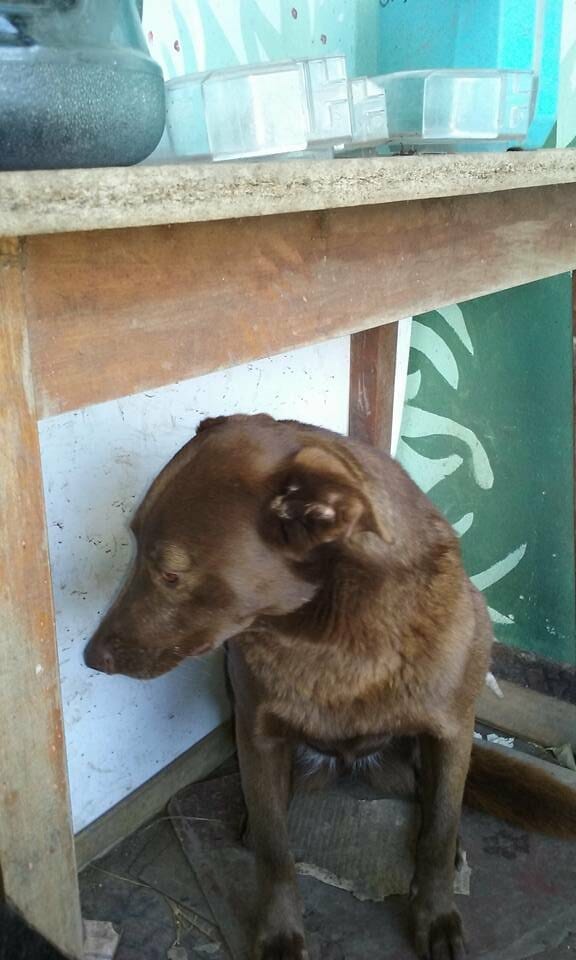 When Pakita first arrived at dog shelter El Arca Animal Partido de Mar Chiquita in Argentina, the staff heard that she was found abused and abandoned in the streets.

Pakita was welcomed with open arms by the center’s volunteers, including volunteer Silvia Ferreyra.

The dog stayed at the animal shelter for 2 years. The staff never found her owner or anyone else who knew where the dog came from.

Unfortunately, Pakita felt very lonely, depressed and withdrawn. The chances that she would be adopted decreased with each passing day and month.

The younger dogs were always snapped up before Pakita.

The volunteers at Arca Animal did their best to find a home for Pakita. They decided to take a picture of her and post it on Facebook to help raise interest in potential adoptive families.

However, this was no easy task.

Pakita always looked at the ground or turned away her head when it was time to take her photo.Eventually they they were able to take a picture that was good enough to post on the internet.

“Immediately, we get a message from a woman saying that the dog was her son’s and that he had been looking for her!” Silvia tells The Dodo.

The woman said that her son, Ariel Naveira, thought he would never see Pakita again.

The son arrived at the dog shelter the next day to see if Pakita was really his dog. Obviously, Pakita also needed some convincing that Naveria was, in fact, her owner.

The moment they’d all been waiting for

When they brought Pakita to her owner, she wasn’t sure who he was.

She hid behind one of the volunteer’s legs and sniffed around cautiously.

Eventually, she began to recognize a familiar smell and you can see the exact moment when she realizes who Ariel is. It’s such a beautiful moment!

Patkia is so happy she starts barking and crying again. It’s as if she’s crying joyful years. I’m so glad that these two could be reunited!

See their reunion for yourself in the video below =)

Please SHARE this with your friends and family if Pakita’s reunion warmed your heart!