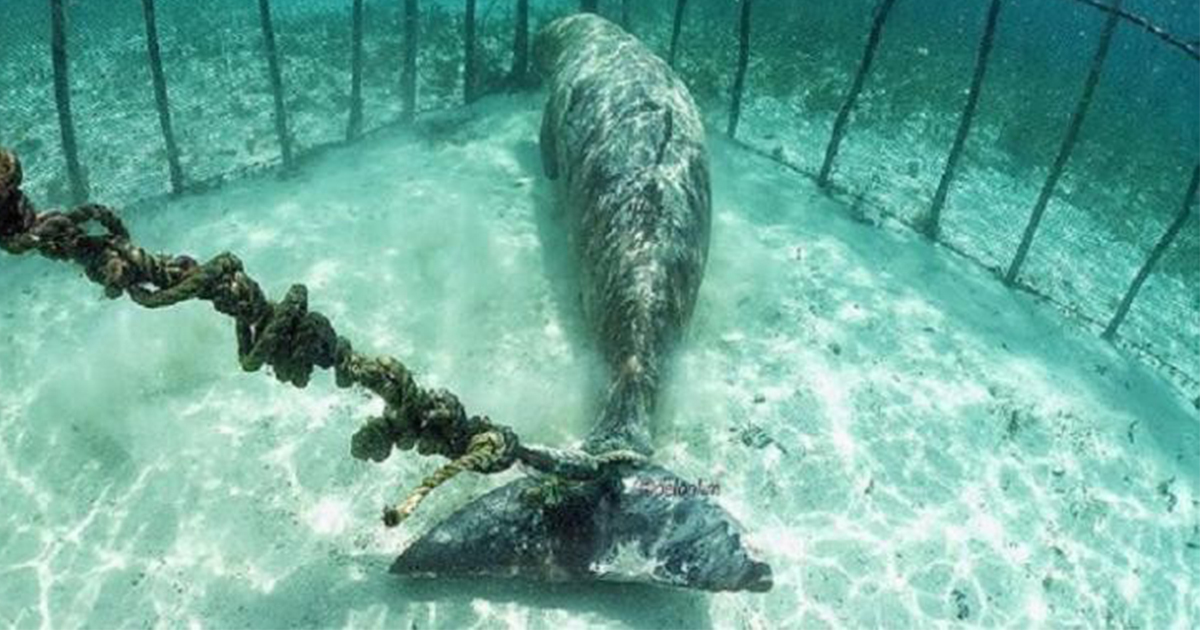 Divers were swimming near remote Kokoya island in Indonesia when they made a gruesome discovery.

While exploring the shallow water, they were led to a cage on the sandy ocean floor.

It held two dugongs, medium-sized marine mammals that are closely related to manatees. And it turns out that a fisherman had caught the animals in order to charge tourists to see them.

The divers told The Dodo that the two dugongs caught in the cage were a female and her calf.

The fisherman had tied a rope around the female’s fin so she couldn’t escape from the cage, though her calf was allowed to swim around the cage untethered.

This cruel arrangement was the fisherman’s way of making money off of tourists, charging them to take pictures of the animals.

“He asked for some money if we want to see the dugong or take a picture,” diver Delon Lim told The Dodo.

Lim and his friends agreed to pay the fisherman, but as soon as they returned to the shore, they contacted the Indonesian authorities.

Keeping dugongs in captivity is illegal and thanks to Lim and his friends, the authorities raided the fisherman’s cage and released the two dugongs.

Dugongs live their entire lives in the sea, often near the coast because they rely on seagrass for their diet. The timid animals rarely exceed 9.8 feet (3m) long and typically weigh around 551 lb (250kg).

Please share this article to raise awareness of these gentle creatures!