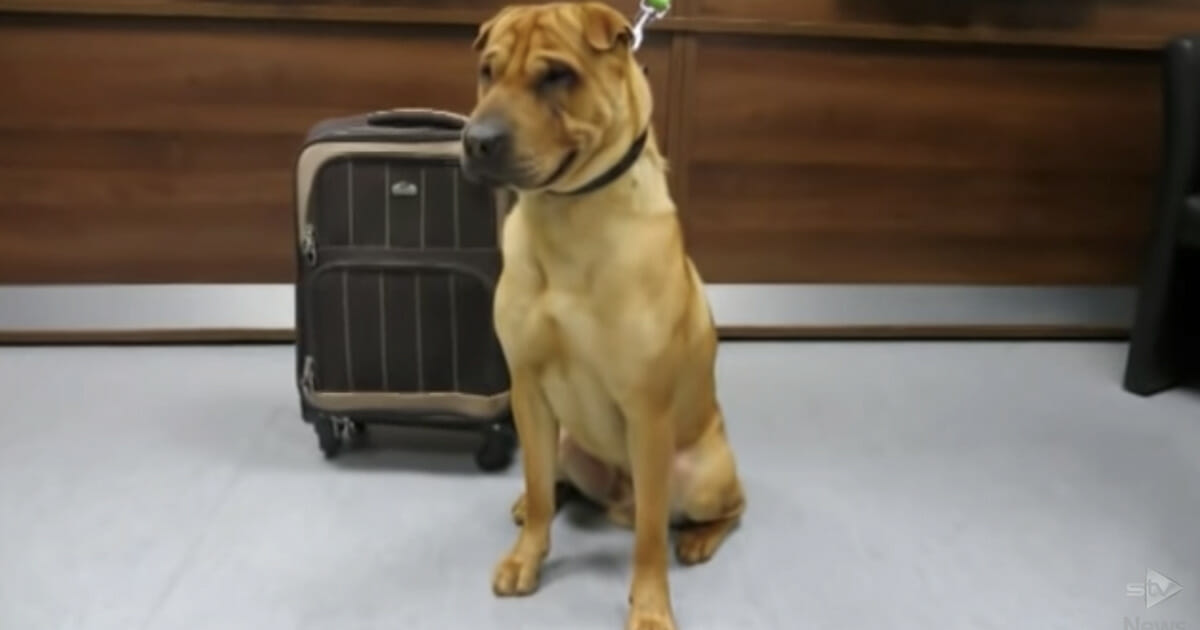 When people adopt pets of any kind, they have a moral and ethical responsibility to provide for that pet to the best of their ability. That means giving them a good home, food and drink, shelter, and love!

But of course, it’s not unusual for a family’s circumstances to change. Maybe someone becomes allergic to the pet, or the family is in so much financial distress that they can no longer cover the cost of owning a pet. These things happen, even to the best of people, and it would be a hard decision for any owner to relinquish their pet.

However, if this is the case, it’s up to the owners to relinquish their pet in a responsible way. This means ensuring that the animal has the essentials to survive until a new owner welcomes them into their home. They should be brought to a shelter where they will receive food, water, and a roof over their heads.

Unfortunately, this isn’t always the case. One poor pup was simply abandoned at a train station, tied to a small suitcase filled with his favorite belongings.

The Sharpei mix dog was found in a train station in Scotland when a woman agreed to purchase him from his original owner. However, the dog did not look like what was advertised. The owner sped off without a word, and, panicked, the woman did too.

The dog was left all alone. Animal officials were then tasked to find him a suitable home. A photo of him posted online went viral, and soon hundreds of applications were filed for his adoption. One stood out from the rest, and he was then adopted into a loving home. He was named Kai, and is now living happily ever after—finally!

Kai’s story is just an example of how cruel some people can be, even though most owners love their pets dearly. This is why it’s so important to adopt! Please share if you agree!