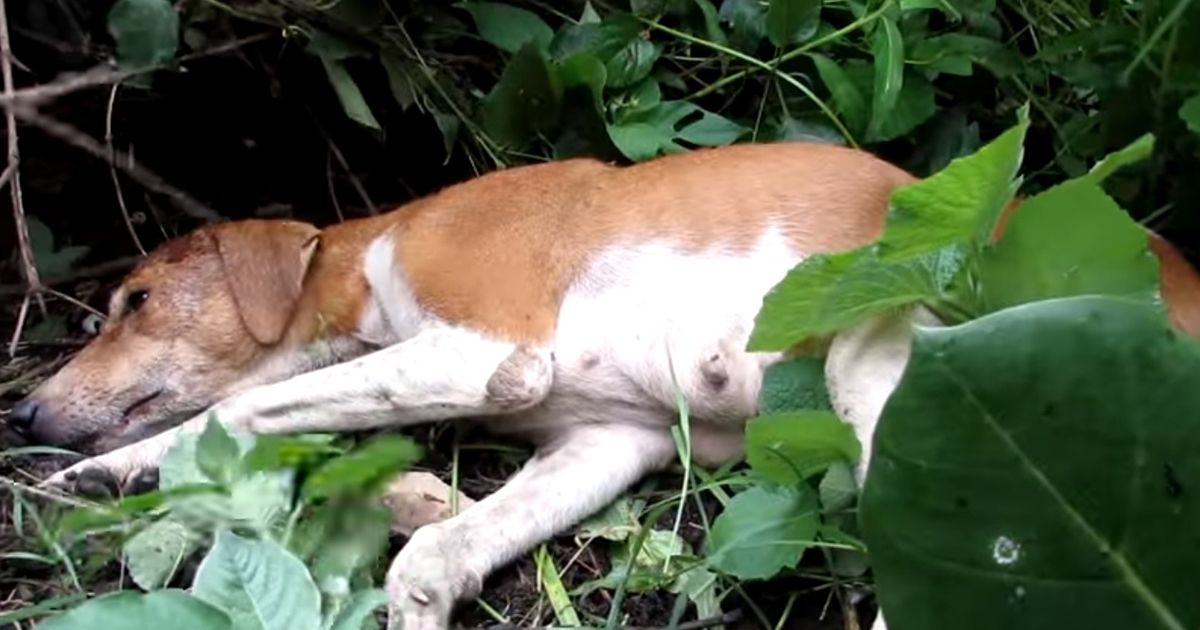 Sometimes you look at a scene and your heart just melts.

The case of a little dog in India called Muriel is one such time. Rescue workers from Animal Aid Unlimited were called to reports of a dog lying, bleeding from the head, and unable to move.

She was clearly in pain and was extremely disorientated. And when the workers examined the cut on her head, things looked extremely bleak for the cute canine.

Muriel looked so helpless and innocent that anyone would have felt sorry for her, and the rescuers feared they may only be with her for her last, dying moments.

But when they got her back to their base, the story really starts, and what happened two months later made me well up inside.

WARNING: Some of the images below are of a graphic nature.

When rescue workers found a dog lying among the undergrowth, unable to move and in pain, things didn’t look good.

They had to wrap her up and move her themselves, then the rescuers from Animal Aid Unlimited, India, took her back to their facility.

The dog, called Muriel, had to be carried into their facility, with rescue workers clearly upset about the dog’s distressing condition.

Muriel couldn’t stand up on the treatment table either, so had to be held while vets assessed her – and the outlook didn’t look good. Her disorientation – as well as the obvious, large wound on her head – suggested damage to her brain.

The cut on her head really didn’t look good – it was gaping open and Muriel was in shock and a lot of pain.

The vets bandaged her head to stop the cut from getting infected.

She needed rest, care and medical treatment. The workers gave her food and water – but even though she was keen to accept their offer, she had to be helped.

It took a real team effort to care for Muriel, with her cut being regularly cleaned and the bandages changed.

After 15 days she started to seem a lot stronger, but was still disorientated and couldn’t walk around properly – Animal Aid Unlimited still didn’t know if she would ever fully recover.

But then, two months on, Muriel shocked everyone.

She returned to full health, and started making the most of the care, love and attention the rescue workers were more-than-happy to give her.

From coming to this as a dog near death, Muriel became a happy and energetic dog.

And the Animal Aid Unlimited workers, as well as Muriel, were thrilled about this.

Watch the full story below:

What an amazing recovery from a brave little dog! Share with your friends so they can see what great work these animal aid workers do!