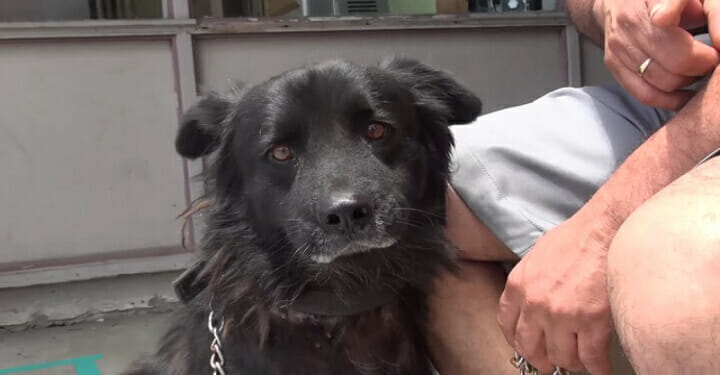 As a dog owner, I will never be able to fathom how people can dump and disown their furry friends and then go on living life as usual.

The mere thought of my pup being alone or frightened fills me with a dread I can’t explain. I could never, would never put him in that position willingly.

Of course, thousands of dogs are given over to shelters every day, which equates to thousands of dogs being placed in a terrifying new environment without the presence of the person they love most in the world.

One such dog, 7-year-old Shadow, captured attention when he was taken to a shelter in California by his family.

The Facebook post shared by Saving Carson Shelter Dogs read: “My former family who owned me had to give me up because they had trouble containing me.”

And, as if the act of dumping Shadow wasn’t bad enough, things got worse.

When the time came for the family to leave Shadow, the poor dog tried to desperately cling to his owner. He sensed something was wrong, and did everything he could not to be left on his home.

Sadly, despite his best efforts, Shadow joined the rest of the dogs waiting for new forever homes at the shelter.

Just imagine how it must feel to be a dog who is left by the only family he or she has ever known. One day, you’re packed into a car with all your belongings, driven to an unfamiliar place that smells of other dogs, and then left all on your own with no explanation.

Shadow might have thought all of those things. One thing’s for sure, he certainly knew that he didn’t wan to be apart from his owner, making it all the more devastating to watch.

Fortunately, Shadow was later adopted into a loving forever hoe, giving him the second chance he deserves in life. Not all dogs get this opportunity, though, and those that are living in kill shelters will eventually be euthanized if no one takes a chance on them.

Together, we can put pressure on people not to abandon their dogs, or rather not to buy them if they think there’s a chance they can’t take care of them forever.