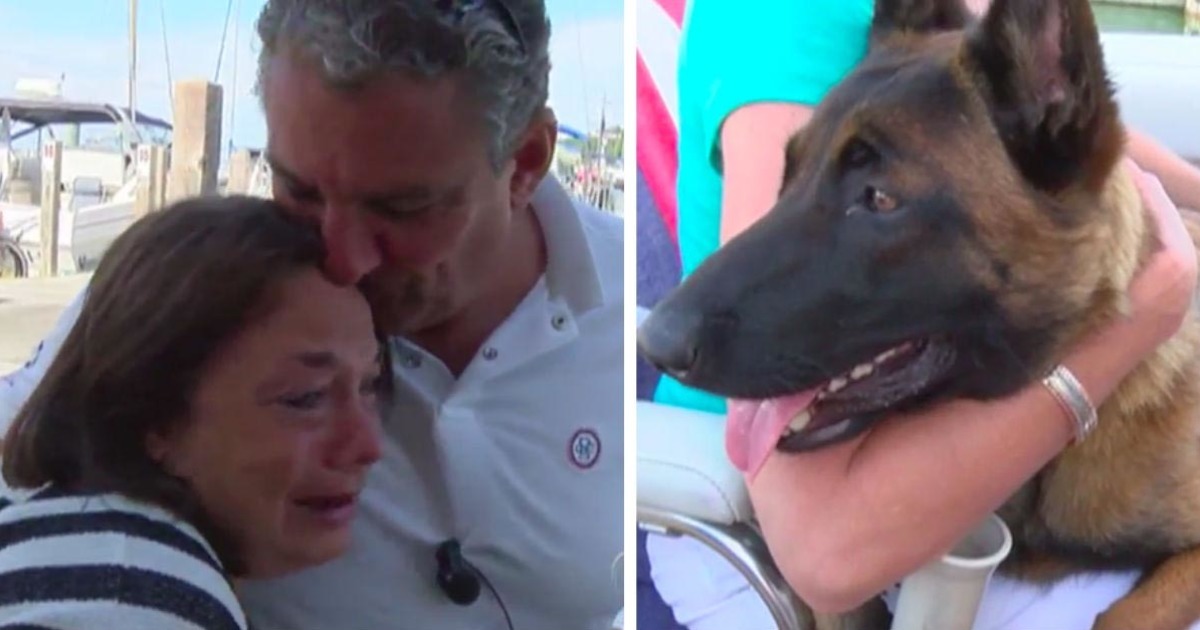 Ten-month-old Rylee is a Belgian Malinois with better survival instincts than most adult humans.

She was enjoying a beautiful day on Lake Michigan with her mom and dad when the engine on their boat started acting up.

Mom, Kristin, took over the steering wheel while her husband, Edward, went down to the engine room to check on the engine. In the confusion of their engine troubles, each thought Riley was with the other. And by the time they figured it out, Riley was missing.

When Edward and Kristin realized that their four-legged baby was gone, they put out a mayday call to report Rylee missing.

The couple used social media to get in touch with local people who might have seen Rylee—and miraculously, tens of thousands of animal lovers agreed to keep an eye out for Riley. Then the next day, the couple received a tip that seemed strong enough to investigate.

Someone had seen Riley at a nearby campground. And when Edward and Kristin arrived, they were overjoyed to see that the dog was in fact Rylee. It turned out that the Belgian Malinois swam as far as 6 miles and walked 12 more to get there. The fact that Riley was able to make it almost all of the way home is nothing short of a miracle. Wonderful!

Please share this article if you’re also impressed with Riley’s determination to get back into her parents’ arms!