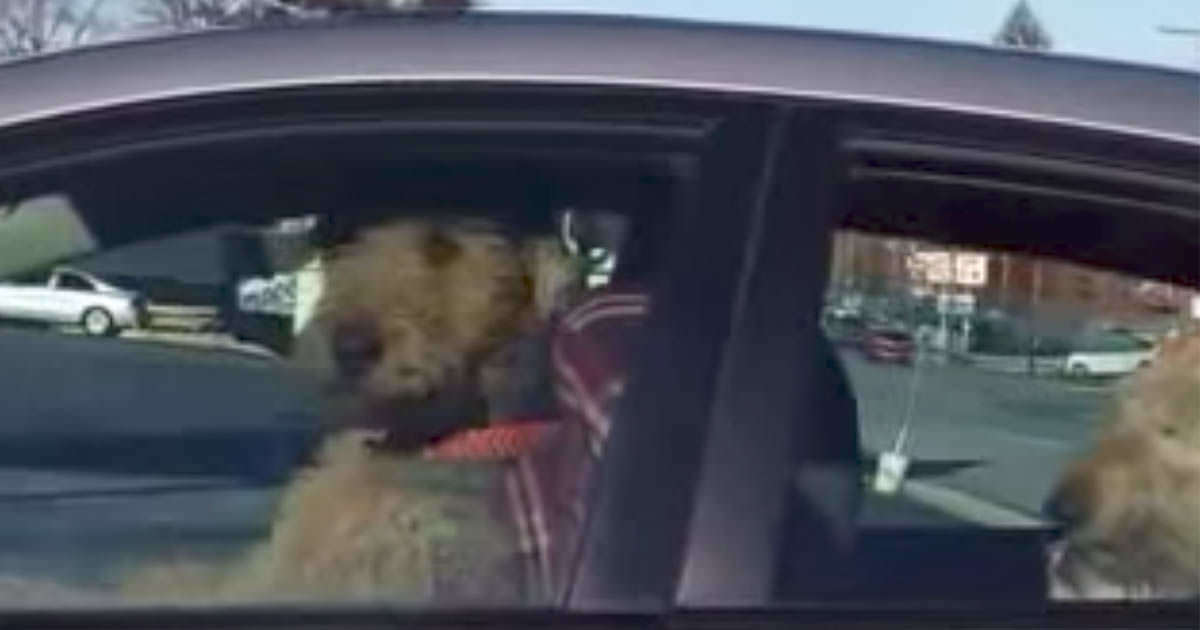 All too often people leave their dogs in the car while they go shopping. Their intention isn’t bad — it’s just that they don’t think their actions through.

Either way, leaving dogs locked up in a car is dangerous on hot days and mind-numbingly boring at other times.

This dog, however, came up with an absolutely ingenius trick that was caught on video by an amazed passerby.

Seeing a dog sitting alone in a car while its owner is shopping or doing errands is sadly not that unusual.

But what these two dogs did in the parking lot, however, was enough to make a woman stop in her tracks and turn on her cellphone camera.

The dogs were growing impatient and didn’t want to wait forever, even though this particular day wasn’t hot.

The two dogs got tired of waiting, and one of them got the idea to lay on the horn, just like an impatient child.

Since the woman’s video was released on the YouTube channel Poddletails Angie McGinnis, it has received almost 300,000 views. Now, the video is going viral as people over the world laugh at the dog’s ingenius idea.

This video shows how clever and funny dogs can be. Please share it if you also think dogs are amazing.