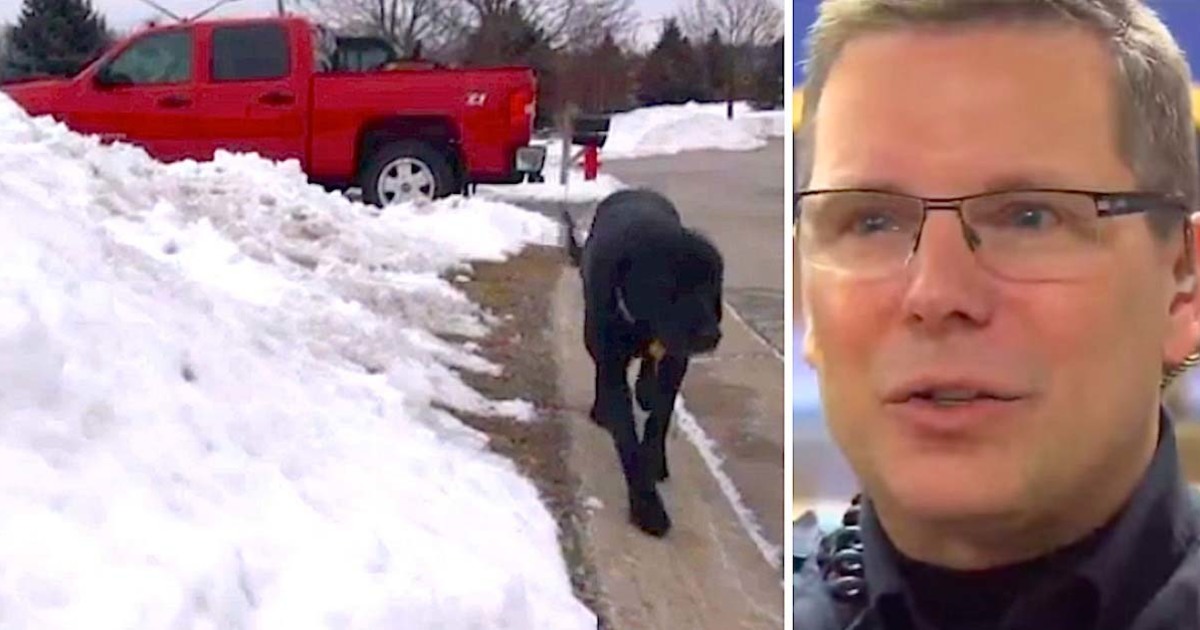 It was a cold, quiet winter morning in Wisconsin, when police officer Jeff Gonzalez was out on patrol. He suddenly spotted a black labrador named John Boy.

John Boy was wandering around the neighborhood’s streets alone, but the cop could tell that he wasn’t a stray dog. What he could also tell was that the Labrador appeared worried.

Jeff decided to investigate the dog and situation further. He drove his car in closer to John Boy – and that’s when the dog began to bark at him frantically, and ran at full speed down the street.

Jeff decided to follow his gut feeling – and went after the troubled dog.

It turned out that the police did the right thing, interpreting John Boy’s troubled behavior correctly.

Before he even had time to think, Jeff found himself in front of John Boy’s home. There, on the deck, he saw his owner Krystal. She lay unconscious on a chair, still in her pajamas. Her lips were blue with cold, and Jeff first thought that she was dead.

But this was fortunately not the case.

Watch the report below for more on Krystal, John Boy, and Jeff. Watch the moving moment when the two heroes in this story reunite!

Aren’t dogs just the best? Share this heartwarming story if you think so, too!