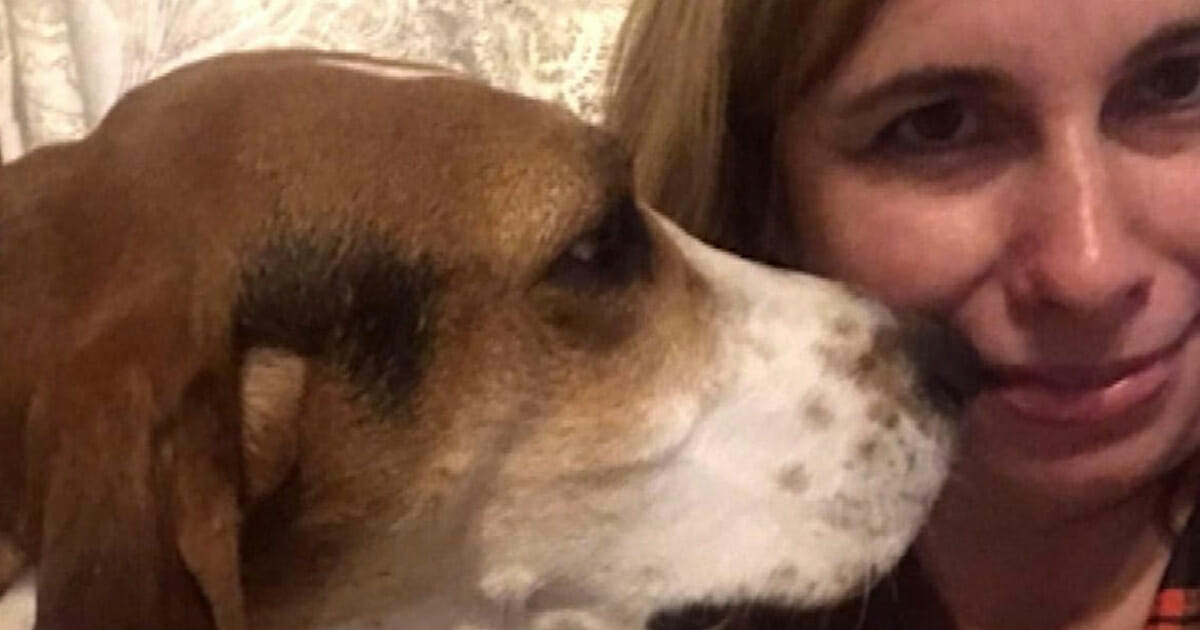 When you show kindness and compassion, you never know just how much impact your every action can have.

For Lauren Gauthier, her general positivity and caring nature ended up saving her life.

She has devoted her entire life to saving abused and neglected dogs; to giving them a second chance that they otherwise wouldn’t have, through Mission Beagle & Hound Rescue.

When Victoria, a one-eyed coonhound, was found abandoned, Lauren knew she had to help.

Of course, she could never have known what that would lead to …

One day, when Lauren was in South Carolina visiting different animal shelters, she found a very special dog. The one that stood out was Victoria, a one-eyed puppy who was abandoned and afraid. The decision came quickly – the wonderful sweet dog would of course be taken home.

“I saw Victoria in a Carolina animal shelter and wanted to go home straight away,” Lauren told PEOPLE.

From the very first time of meeting, Lauren and Victoria have shared a unique bond.

“She senses when I’m upset or stressed,” Lauren says.

Before long, Lauren began to realise that Victoria was acting strange around her. There was a small red spot on Victoria’s nose, and whenever Lauren was with her she would sniff around the area intently.

After a time, Lauren decided to get the bump checked out by a doctor. When she heard the eventual diagnosis, she couldn’t believe what she was being told.

The small red spot was actually basal cell carcinoma, a form of skin cancer. Because Victoria had offered an early warning with her actions, Lauren was able to have surgery to remove the cancer before it had a chance to spread to other areas and become more serious.

“It really is amazing that my dog was so persistent in sniffing the area that was skin cancer,” Lauren says.

“The surgery itself has changed my face, and if my dog had not picked up on it, I may have ignored the spot, which could have risked further disfigurement. Hounds have a keen sense of smell but I never thought that I would personally benefit from it!”

Lauren believes this was Victoria’s way of returning the favour after rescuing her from abandonment.

Furthermore, Lauren believes that her cancer stemmed from her use of sun beds. She’s now warning others of the dangers.

“My advice for teenagers and others considering tanning bed use is – don’t. There are many other options available, like spray tans, to help improve cosmetic appearance. The cost and the damage you do to your skin is way too high, and even though growing older seems a world away, once you are older, you will pay a price for tans and tanning beds.”

Share to pay tribute to the life-saving efforts of Victoria’s dogs – and to enlighten your loved ones about the risks of tanning beds.