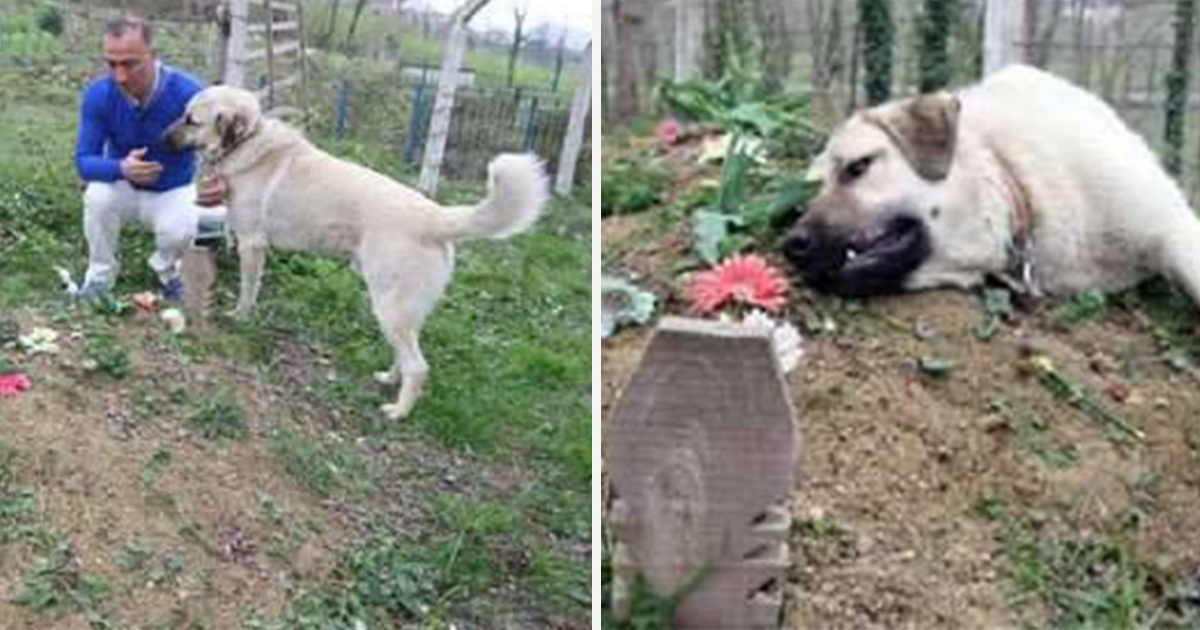 Unfortunately, many of us know all too well how much it hurts when a beloved pet passes away.

But just as you and I grieve, our animals also mourn when a family member leaves this world.

This story is about a dog named Zozo who lost his dad. It moved me so much that I had to share it here with you.

When Zozo was only a week old, the dog was found by Zafer Öztürk.

And after that, Öztürk took care of the abandoned dog.

But in 2014, Öztürk unfortunately passed away after a brief illness.

When they visited Öztürk’s grave, Zozo always stayed by the grave and didn’t want to go home.

Then, the family noticed that Zozo started escaping from the house—and each time, they found the dog at Öztürk’s grave.

This really shows how strong the bond between dogs and their humans is.

The family also says that the love that Zozo has for Öztürk has helped them overcome their own grief.

Please share this story with everyone who believes that dogs really are a man’s best friend!