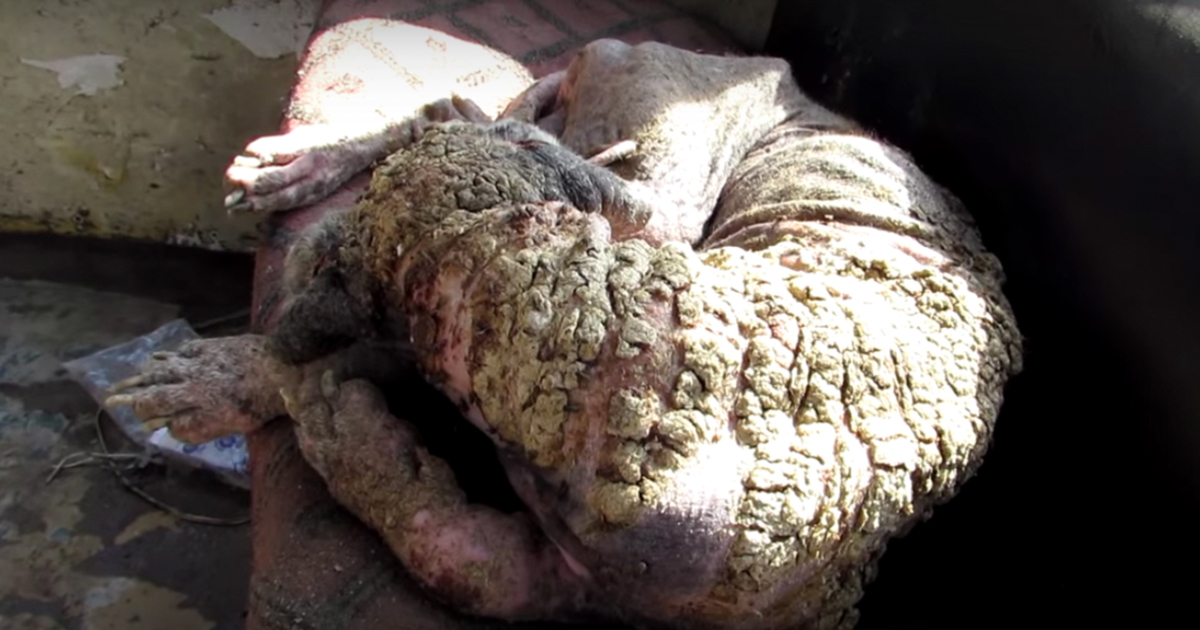 Sometimes, you have to forget all the negative things going on in the world and just focus on the good.

It can be difficult when you see all the suffering on display on TV and online. But when you see what can happen when a few kinds souls decide to do something to make the world a better place, it can be incredibly inspiring.

For example, I’m always heartened when I hear stories of people who dedicate their lives to saving helpless animals.

Take this story about a dog named Alice, for example. She probably wouldn’t be alive today if it weren’t for these heroes.

Rescue workers at Animal Aid Unlimited, India found her in terrible condition in the back of an abandoned auto rickshaw.

The poor girl was suffering from an extreme case of mange. Her skin was so hard, it had basically turned to stone. She was on her last legs, and if her saviors had come a few days later, they probably would have found a corpse.

Fortunately though, Alice got the help she sorely needed, and when I saw her transformation, my eyes filled with tears!

There may be some awful scenes in the beginning, but if you watch until the end, I promise, you’ll be delighted to see how Alice is doing today!

Share if you also think that people who protect vulnerable animals deserve all the praise and respect in the world!