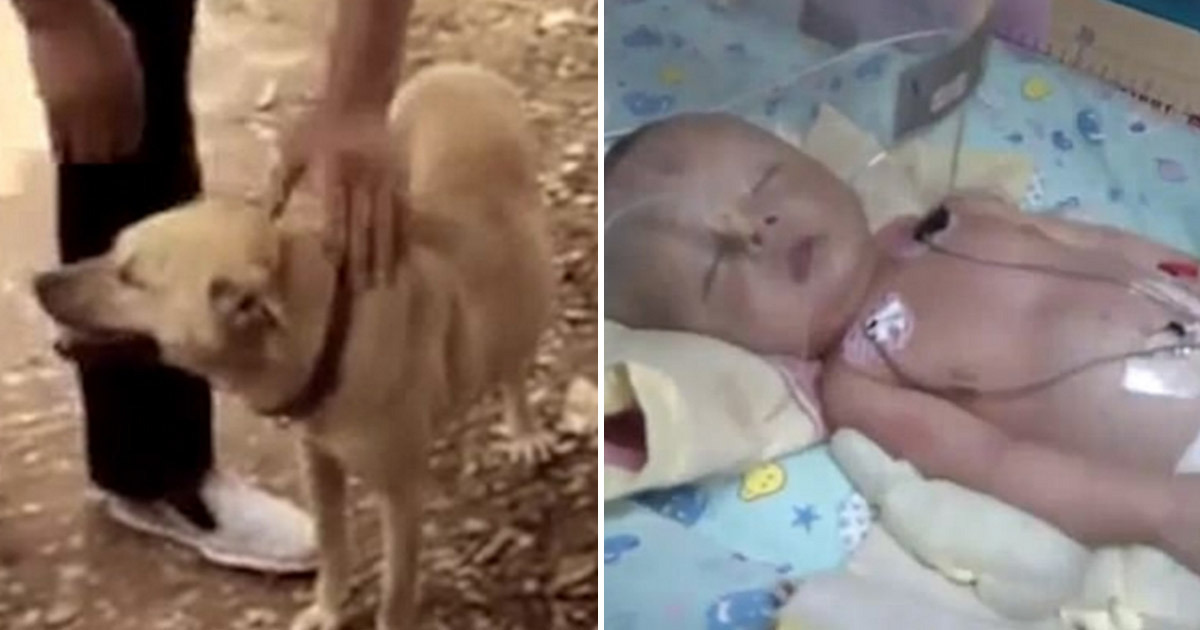 It’s sometimes said that dogs have a sixth sense.

It’s like they can sense when something is about to go wrong. And their instinct can often be the difference between life and death.

Like in this story from Wutan, China, that features a dog that is the definition of a true hero.

It all started when Yang Jiali was walking her dog in Wutan, China on May 6.

Suddenly, her dog bolted into a wooded area.

The dog’s owner obviously followed along, and after a while she found him in the bushes.

And the dog had obviously smelled something, because it was frenetically digging in the ground.

But the dog’s owner never could have imagined the terrible discovery her dog was about to make.

Lying at the bottom of the hole was a newborn baby that had been buried alive.

The poor baby was taken to the nearest hospital, where it was determined that he was about a month old and was suffering from a serious illness.

“The baby looked pale. His breathing and heart rate were slow. He had low body temperature, and his whole mouth was full of mud,” assistant doctor An Yue told Pear Video.

According to the Telegraph, the baby’s serious medical condition might have been the reason his parents buried him, as they might have assumed that he was dead.

The Telegraph also writes that private funerals of newborn babies are relatively common in rural areas of China, as many parents mistakenly think their babies are dead. At the same time, there are also known cases of babies who have simply been abandoned because their parents didn’t think they have the money to care for their kids.

So far, no one has come to pick up the baby and the police have started an investigation.

Although the baby is getting better every day, he is not out of danger yet.

Don’t miss this video about the event:

If it wasn’t for this dog, the ending of this story would have been beyond horrific.

Share if you also think that this dog is a hero who deserves to be celebrated!