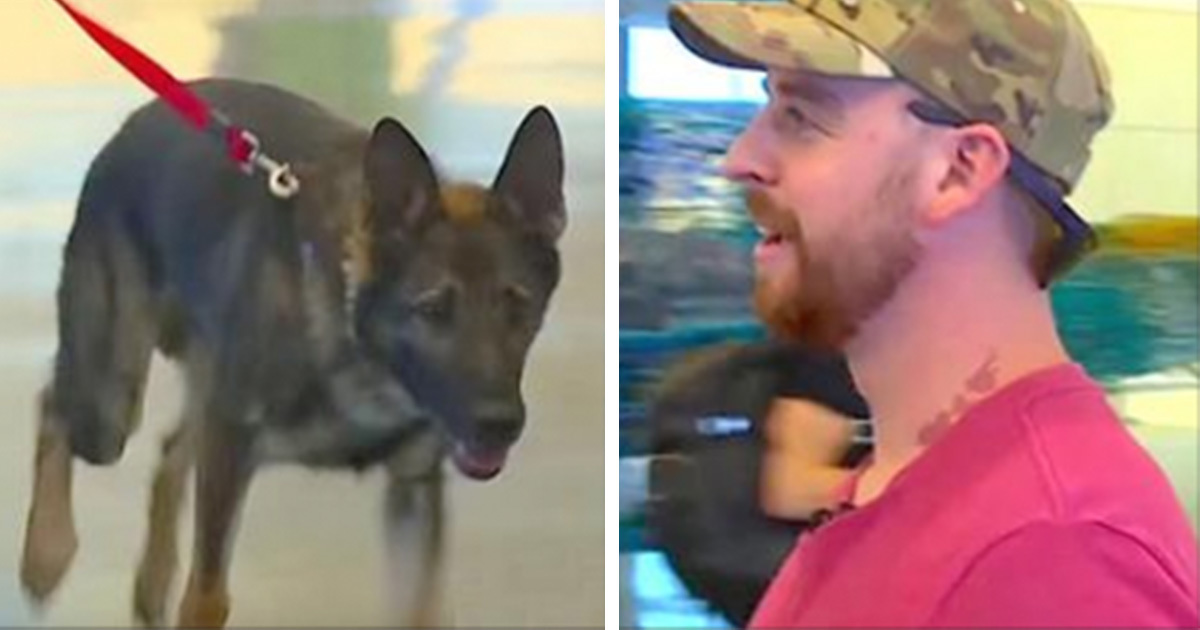 More than three years earlier, Vance McFarland and his dog, Ikar, worked side by side in the US military in Afghanistan.

Together they searched for road-side bombs and missing persons.

Vance and Ikar became close friends, which is only natural after working together every day.

“Having Ikar definitely made it a lot better. Having a dog with you on deployment is almost like having a little bit of home,” Vance told KTVB News.

But when Vance’s service ended, he wasn’t allowed to bring Ikar home with him.

Instead, Ikar was sent to an independent contractor who was thought to have work for him. But Ikar ended up spending the next 17 months out of work in a kennel.

Then an animal advocacy organization called Mission K9 Rescue contacted Vance out of the blue and asked if he was interested in adopting Ikar.

Vance was overjoyed to have the chance to have Ikar back in his life and immediately agreed. And soon enough, the best friends were reuniting for the first time in over three years.

At Newsner, we love animals and believe in treating them with utmost respect. Please like if you do, too. Please share this heartwarming reunion with all of the animal lovers in your life!