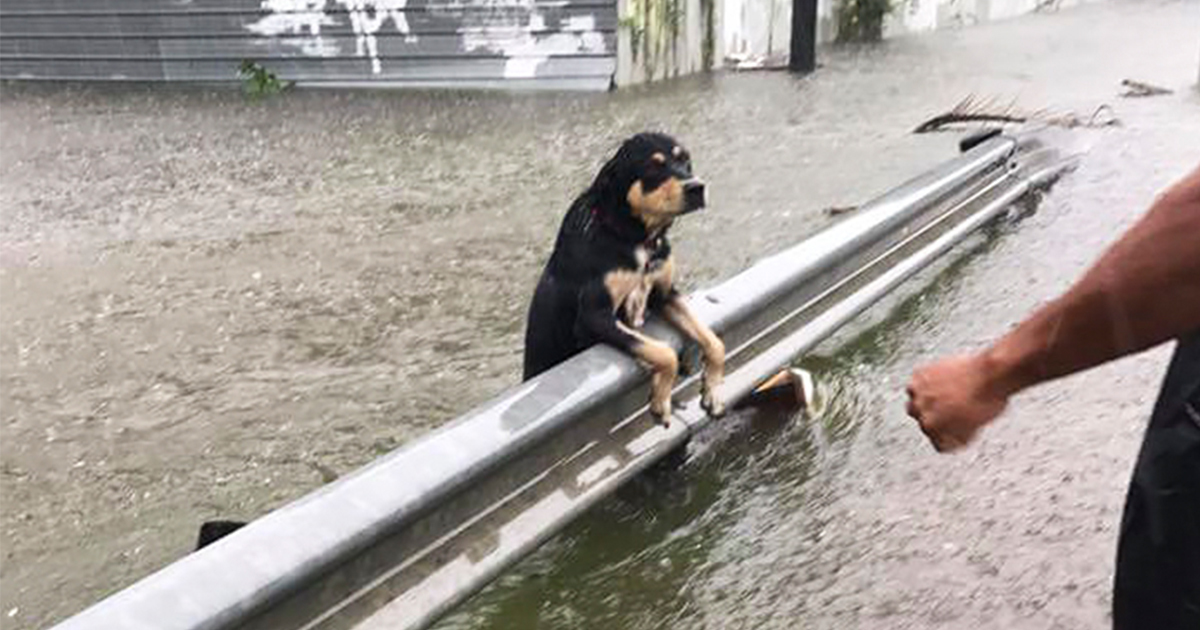 As most people know by now, Houston, Texas, is battling a catastrophic storm that has left tens of thousands of people homeless and has now taken the lives of nine people, the Los Angeles Times reports.

The storm has caused severe floods, and while many have fled for their lives, there are some who have been unable to do anything but stay — I’m talking about dogs.

Now heartbreaking images are spreading on social media of helpless dogs who have been left to die in the water.

Southern Texas is experiencing the worst flood it has ever seen, and the water is destroying homes and streets. Understandably, residents are in a state of desperation and have been forced to leave their homes in order to survive.

In the midst of all the panic and mayhem, some people have forgotten about their pets or, in some cases, have been left with no choice but to abandon them.

A family dog hangs onto a traffic barrier trying to avoid being swept away by the water.

This little guy was tied to a post and unable to escape on his own.

A family tied this dog to a tree outside their home in Victoria, Texas, when they fled the storm.

This pooch was left out on the back of the house, while the family escaped town. A nice neighbor however, brought him with her.

It’s heartbreaking to see how these dogs were left to die — remember, dogs are members of the family, too.

Please share to show that all animals are worth rescuing.