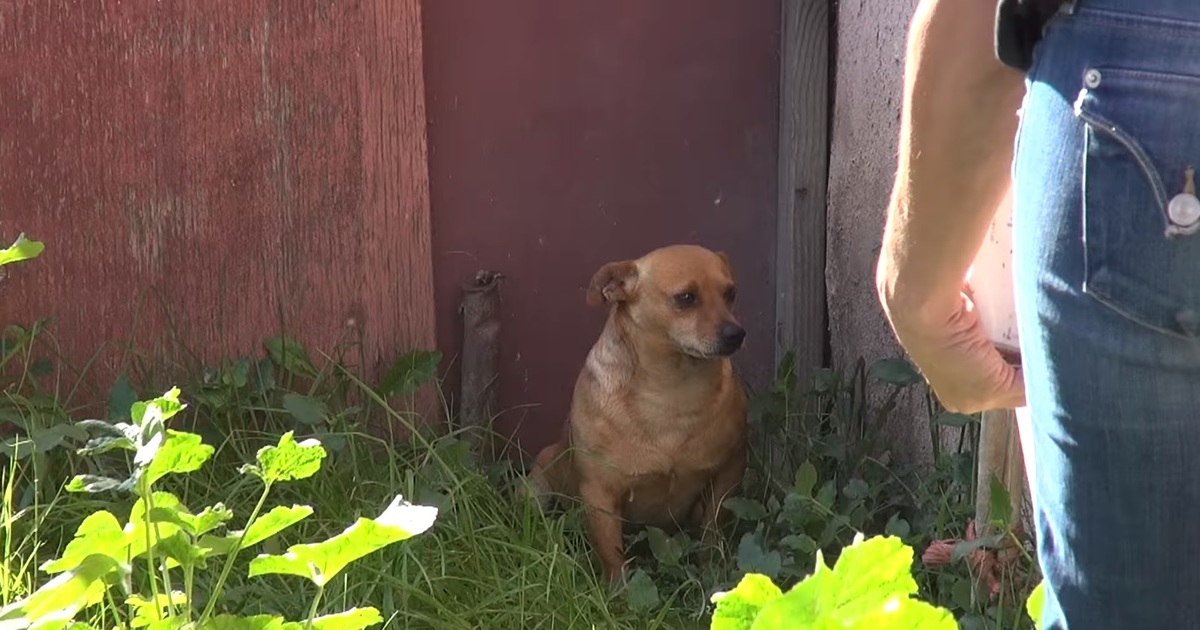 When Fred, Ricky and Ethel’s owner passed away, unfortunately, there were no plans in place for the three dogs’ futures.

They loved their owner and refused to leave the house they had been living in together.

When the house passed to a new owner, they became homeless – they were out on the streets with no one looking out for them except for each other.

That was until the Hope For Paws team received a call and stepped in.

The team at Hope For Paws received a call saying the dogs were hanging around their previous house – they didn’t want to leave the place which held so many special memories for them.

They arrived and found Fred (pictured above and below) in some grass at the side of the house. He was clearly a bit frightened and no longer used to human interaction.

But after getting him in a loose snare, the rescuers approached him and he let them give him a stroke.

Hope For Paws had also been tipped off that Ricky and Ethel had been spotted at a nearby mini-market, scouring for food.

They put some food down for Ethel (pictured above) – but she shied away, clearly scared and wary. Again, they got her in a loose snare, then focused on Ricky.

But Ricky was not interested in the food because he was concerned for his friend.

Eventually they caught Ricky too, and, after letting them calm down, the dogs let the Hope For Paws team stroke them.

The three were reunited in a safe place where they could relax. They are in foster care at the moment, but will be getting their forever homes soon – hopefully!

Watch the full story below:

Do you know anyome who could adopt these lovely dogs? Please share!