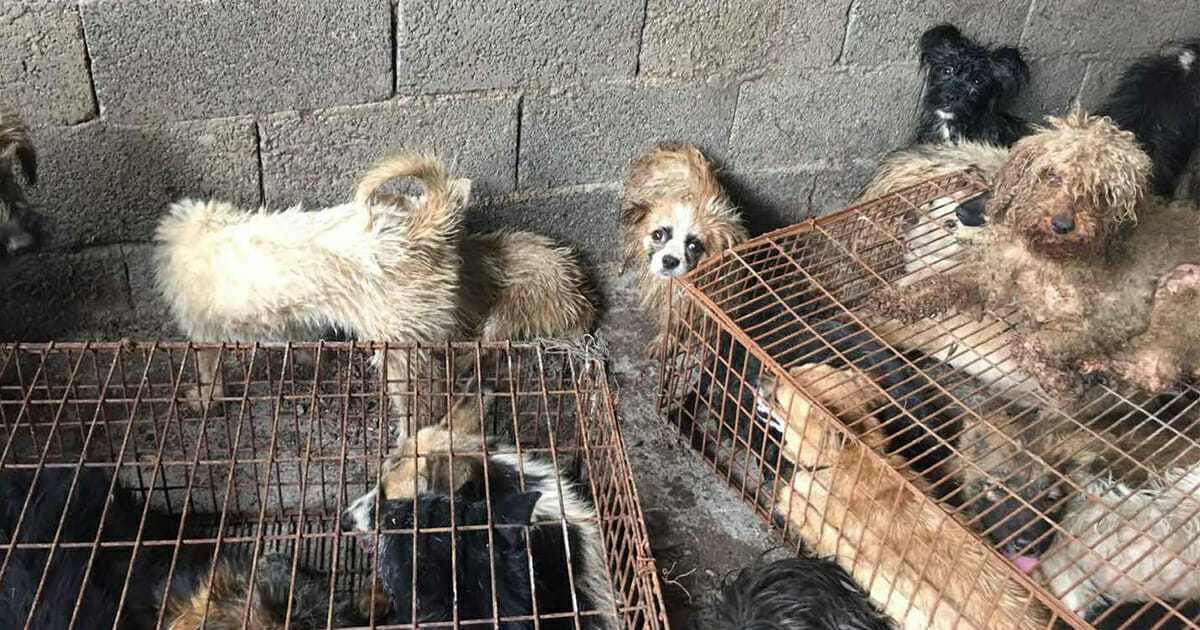 It’s long been tradition to celebrate the summer solstice in the Chinese city of Yulin with a festival. You may have heard of it: each year, when the festival is at its peak, thousands of dogs are tortured and killed in order to become food for the guests.

“Yulin is one relatively small example of a much larger, uglier issue that thousands of dedicated Chinese activists are working to stop,” Claire Bass, UK director of Humane Society International, told The Independent.

“Contrary to the assumptions by many in the West, most people in China don’t eat dogs and in fact they are horrified at the thought of a trade that takes their canine companions away from them.”

In parts of China, dog meat is considered a delicacy, which is why around 15,000 dogs are taken to slaughter every year to become food. Many of these are sold during the summer solstice festival in the city of Yulin – most of them are helpless strays, but others are pets who are stolen from their owners.

To make matters worse, the animals are rarely killed in a humane way. They’re often bludgeoned to death in front of one another, before being de-furred in a machine and then cooked with a blowtorch.

It should go without saying that millions are speaking up against this barbaric tradition and calling for people to boycott the industry altogether. Famous names such as Dame Judi Dench have rallied with the aim of putting an end to the slaughter once and for all, but of course they need people to sit up and listen.

See more about this horrific trade in pictures here:

Please help us and them by sharing this article on Facebook to raise awareness.

Together, we can put an end to the Yulin festival once and for all.