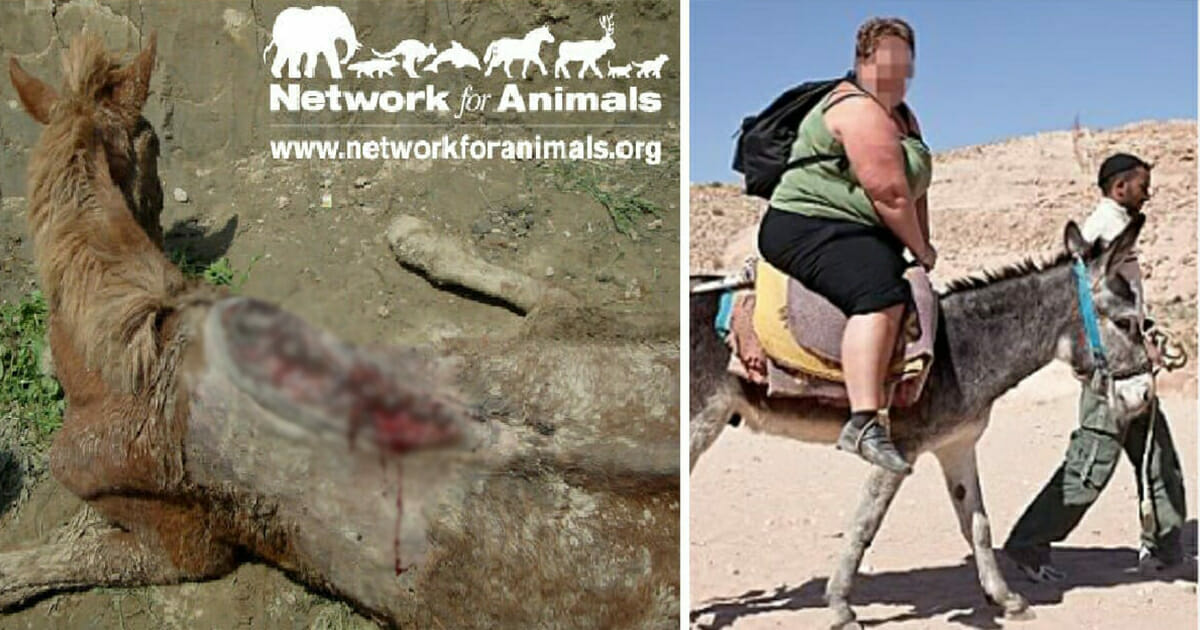 A breakthrough has been made in Greece concerning the horrific injuries sustained by donkeys forced to carry overweight passengers up the narrow steps of Santorini.

According to Metro, the country has banned obese tourists from riding the donkeys, following the movement by campaigners to put an end to the rides.

It’s now said that lawmakers have pledged to do more to help the animals.

In July of this year, we wrote a story highlighting the cruel conditions the donkeys of Santorini are forced to live in. The animals are made to climb more than 500 steps so that tourists can enjoy a view from the top of Fira, Santorini’s capital.

Animal rights activists released a set of ‘behind the scenes’ images illustrating the severe injuries the donkeys get from bearing excess weight daily, and it’s since shocked people into demanding change.

As per reports, the country’s Ministry for Rural Development and Food has published a new set of regulations to protect donkeys, following widespread backlash over the images.

They state that donkeys are no longer permitted to carry loads heavier than 100kg (a fifth of their weight), which should significantly reduce the risk of them suffering spinal injuries and sores from ill-fitting saddles.

The bulletin states: “The owners of working equidae should ensure that the animals’ level of health is high. There should also be disinfection materials in their living quarters and workstations.

“Under no circumstances should be used animals unfit for work i.e., ill animal, injured, animals in an advanced pregnancy as well as animals with poor maintenance of hooves.

“The animals should be given appropriate and adequate food and fresh drinking water daily, into containers which cannot be contaminated and are cleaned at least once a day.

“Working equines should not be loaded with excessive weight for their size, age or physical condition. The load cannot exceed the weight of 100kg, or one fifth of their body weight.”

Of course, there remain those who believe that the donkeys should be freed entirely, not just given respite from carrying overweight passengers. For now, though, it will certainly go down as a victory for campaigners, and one that we can certainly get behind!

All tourists can play their part by making sure “attractions” such as these are a thing of the past. Make no mistake, one day we will look back on these practises with shame and horror. Play your part in eradicating the cruel donkey rides – SHARE this article to help the donkeys of Santorini!