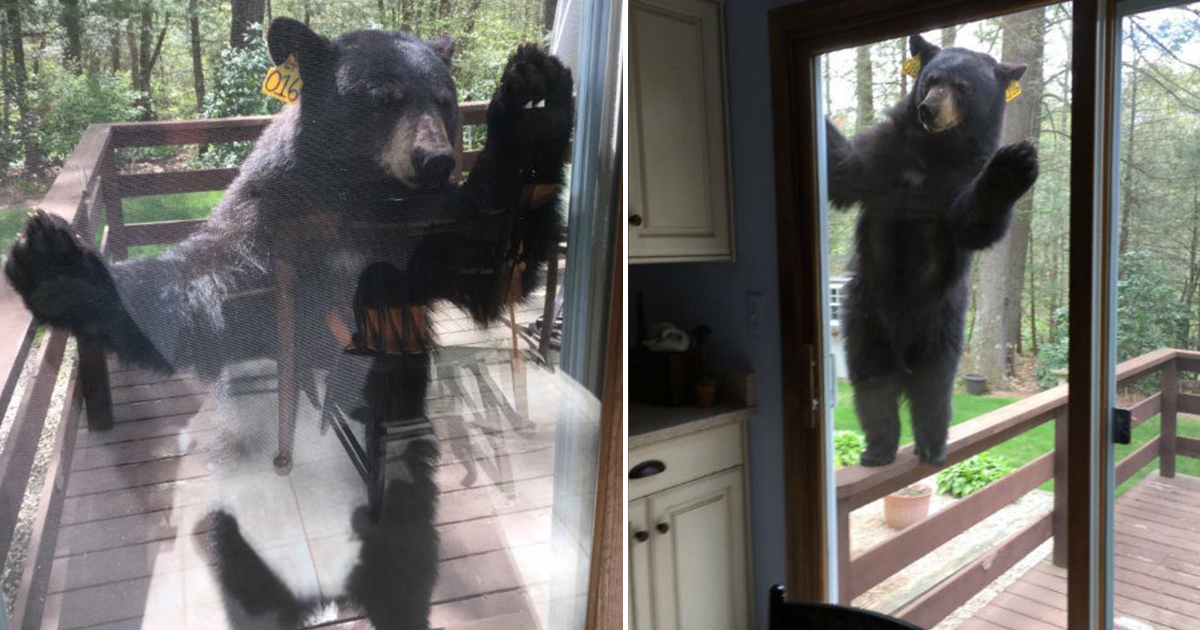 That’s not so strange, right?

Then you hear someone knocking on the door.

That would probably make most of us lose our cookies. But that’s actually what happened to an elderly woman in the Connecticut.

She was baking brownies when a bear suddenly knocked on her porch door. The bear was probably attracted by the smell of her brownies and wondered if he could get some.

The woman was obviously terrified and banged a couple of pots together to scare away the bear.

But the bear kept his full attention on the brownies. Eventually, the woman ran to her neighbor’s house and asked for help.

“My neighbor across the street just came over in a panic. She’s a little old lady, screaming that a bear got on the back porch and is slamming on her glass door,” her neighbor Bob Belfiore told Wfsb News.

The neighbor called the police, but the bear eventually got tired of waiting for brownies and trudged back into the woods again.

It’s sad when you don’t get any brownies!

“This bear was angry about not being able to get at the food. He actually left the kitchen area and went to the second set of doors off the deck. He’s not afraid of noise, screaming, or yelling or pounding,” neighbor Bob Belfiore told Wfsb.

Talk about an unexpected visit! Thank goodness everything went well and the poor woman who was baking brownies got a good story and nice pictures to show.

The bear, on the other hand, went home emptied-pawed.

Has anything like that ever happened to you? Let us know in the comments!