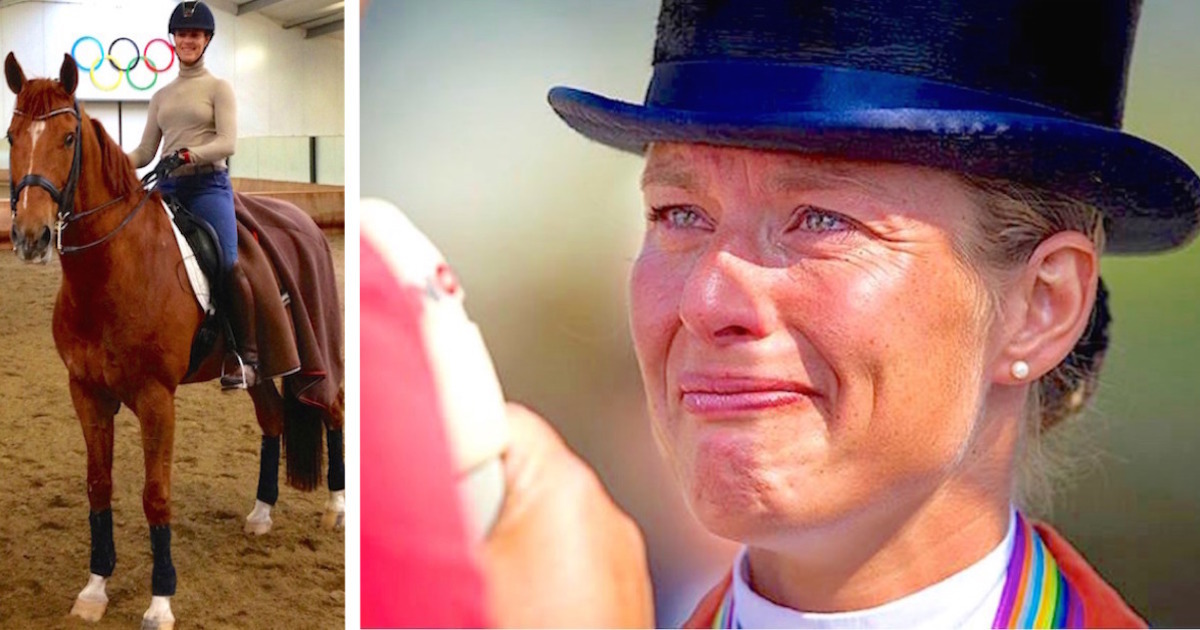 Most athletes have one dream that surpasses all others: to compete in the Olympic games.

Just imagine walking into a packed Olympic stadium and testing your skills against the best while the crowd cheers.

All your years of training have paid off, and you’re finally there.

Then suddenly, you’re forced to walk away from it all.

That was exactly what happened to Dutch equestrian star Adelinde Cornelissen. She’s already won several medals at past Olympics and World Championships, but this year, she and her horse, Parzival, were aiming for gold.

But when it was time to compete, Cornelissen’s Olympic dream turned into a nightmare. In the middle of the stadium, with thousands of people looking on, Adelinde Cornelissen took Parzival and bowed out of the games.

Adelinde Cornelissen has been working extremely hard for many years to get to the Olympics in Rio de Janeiro. And she and her horse Parzival were considered favorites in the dressage competition.

Unfortunately, Parzival was bitten by a poisonous insect days before the competition began. His head swelled up and his body temperature rose.

The vets did everything they could to bring down his fever.

Cornelissen tried to get the organizers to change the Dutch team’s starting day so Parzival would have more time to recover. But organizers rejected her request.

“At that point I didn’t want to compete anymore… Parzival’s health is more important than anything else in this world!” Adelinde wrote on Facebook.

The day before the competition, Adelinde stayed up all night with her horse.

“I slept at the stables, checking up on Parzi every hour… I was not going to leave him alone!” she wrote. “Main thing, this morning temperature had dropped to 37.5! (99.5F) And the swelling again had come down a bit.”

Parzival was feeling much better, and Cornelissen didn’t want to disappoint her teammates, so when the vets gave her horse the green light, she decided to compete.

“The fever was down, which means the toxics are out of his system. There is still a bit of swelling in the jaw, but we cooled it all the time and the swelling gets less… I agreed to give it a try.”

But when she rode out into the arena, Cornelissen knew immediately that something was wrong.

During the ride, Cornelissen put her hand up and asked to retire—to the surprise of many.

“When I entered, I already felt he was giving his utmost and being the fighter he is.”

“But in order to protect him, I gave up…My buddy, my friend, the horse that has given everything for me his whole life does not deserve this… So I saluted and left the arena…”

Now Cornelissen is finished competing in these games and this will likely be Parzival’s last Olympics, as he is 19 years old.

I was so moved by how Cornelissen refused to put Parzival’s life at risk, even for an Olympic gold medal. What a wonderful example of a true animal lover and a true sportswoman!

Please share Cornelissen’s story if you still think she deserves a medal—for her heart of gold!