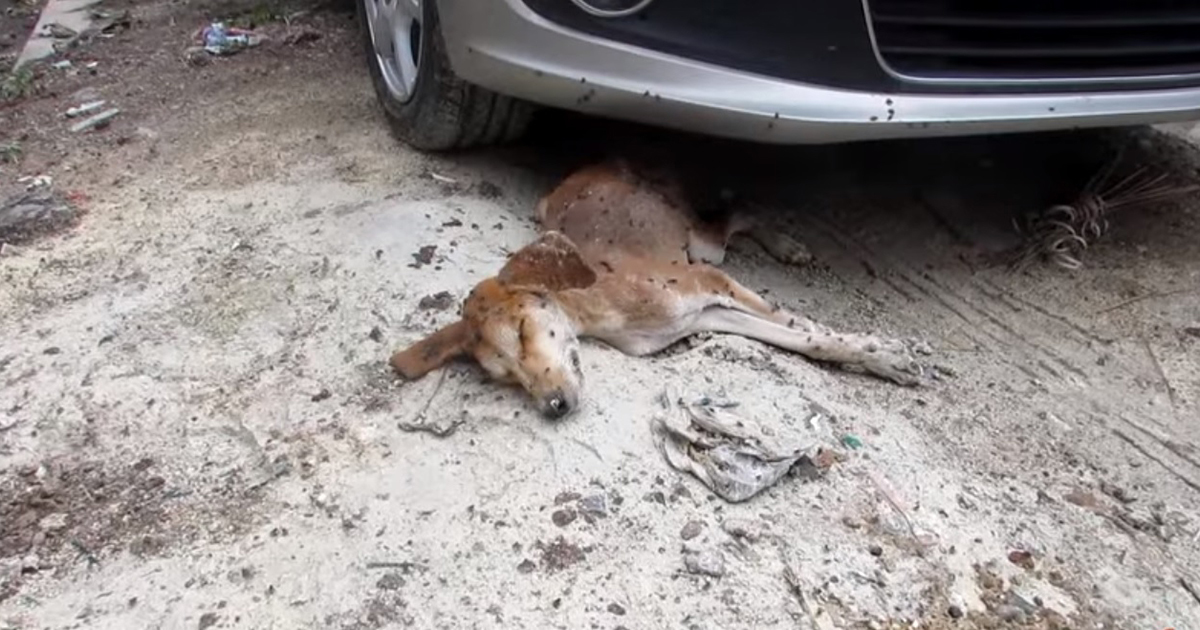 When rescue workers found Oliver, a puppy, covered in flies lying under a car in India, their first thought was that the worst had happened.

But when they got closer to the poor guy, they were amazed to find his little heart was still beating. Animal Aid Unlimited’s rescue team wrapped him up in a blanket and carefully carried the vulnerable dog away with them.

He was so fragile and underweight that they had to take extra care with him – he clearly hadn’t eaten in a while, his skinny legs couldn’t support his weight and his temperature was dangerously low.

Caring workers warmed him up using blankets and by rubbing him, they also gave him IV fluids. Then, after an hour, an amazing journey began.

The brave little dog started to show his fighting spirit – he started looking round and was clearly determined to live. Then, later that day he started trying to stand up on his own and was showing signs of starting a remarkable recovery.

Medical staff checked him over and found he had a severe respiratory illness, meaning his rehabilitation would be long and tough.

Over the next two months he got, but then, unfortunately, his condition worsened and continued to decline. But that wasn’t the end for this tough pooch – he recovered once more and amazed all of the rescue team.

Meet Oliver today and watch his full story below:

Please share this video with your friends to spread the word about Animal Aid Unlimited’s incredible work.