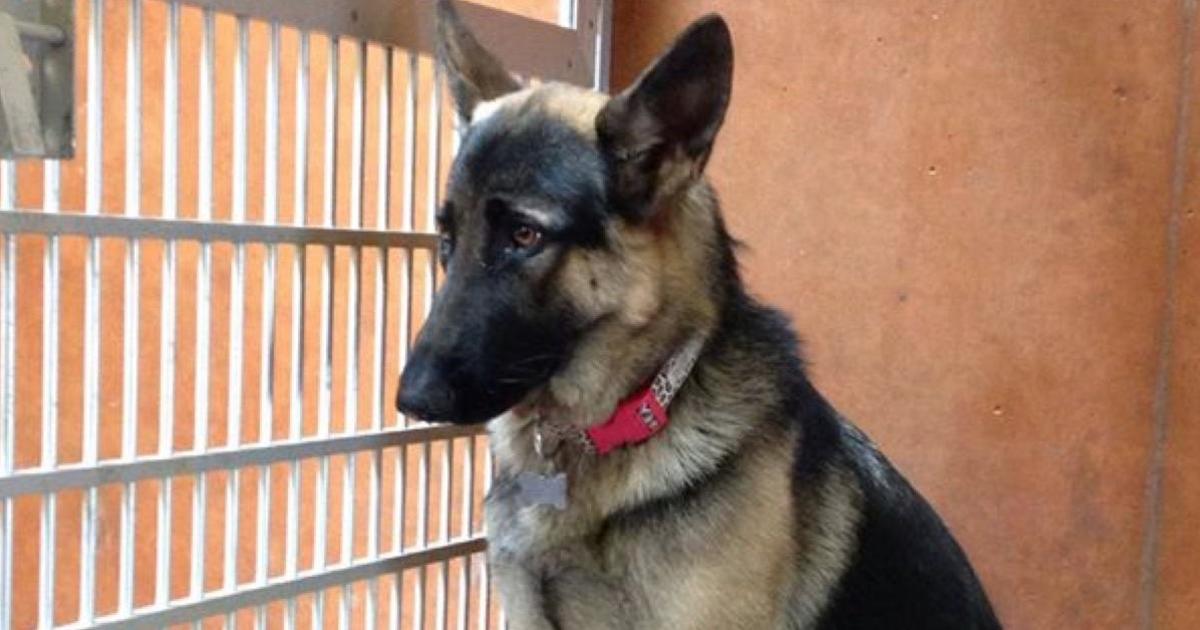 This sad story has so far warmed thousands of hearts around the world.

The message is extremely important – and shows how a dog’s trust in man is a beautiful gift that should always be cherished!

A family decided to adopt a dog. He immediately became an integral part of the family and loved to play with the children.

The dog was very intelligent and a fast learner, so the family taught him many tricks. He did everything to make daddy, mom and the kids happy with him. His mere presence brought them joy.

But after a couple of weeks, the dog’s behavior became strange. Every night, as the family would sleep, he sat still just outside the master bedroom door and stared in at mom and dad with his big brown eyes while they slept.

He, however, never sle slept. Instead, he sat in exactly that same spot, the first to greet his owners when they were up each and every morning.

The family had no explanation for their dog’s strange behavior and began to worry about their four-legged darling.

They began to wonder if he was sick and took him to the vet for examination.

But the vet could not give provide a diagnosis. The family’s four-legged friend appeared to be in perfect health.

In a final desperate attempt, the family turned to the shelter from which they had adopted him. They questioned the staff there at length – perhaps might they be able to explain their dog’s mysterious nocturnal behavior.

What they then found out about their beloved friend shattered their hearts into a thousand pieces.

It turned out that the dog’s former owner had quietly awoken at night onde day and brought her dog to the shelter. All the while, the dog slept deeply.

He was thus never able to say goodbye to his owner, his old home, his old life. When he awoke, he found himself in new and unfamiliar surroundings. The feeling of horror he must have experienced… I would not wish upon my worst enemy.

Now in his new home, the poor thing was too afraid to shut his eyes at night – he could not risk losing his beloved family again. This made him sad, and gave him sleepless nights.

When the family was told about the dog’s heartbreaking past, they could not hold back their tears. They wanted desperately to give their beloved pet his confidence back.

They put their dog in a basket, right by their bed. This way, they could show their dog that they wanted him to be close to them – that he was an important part of their family. That they would never leave him.

It took the dog weeks before he could begin to feel safe and secure in his new home.

Finally, one night, the dog closed his eyes and fell asleep. And he has slept peacefully ever since, next to his loving family whom gave him the security he deserves.

A dog’s confidence is not something to play with! Therefore, you must always seriously ask yourself whether you can take care of a dog – before you risk breaking its heart.