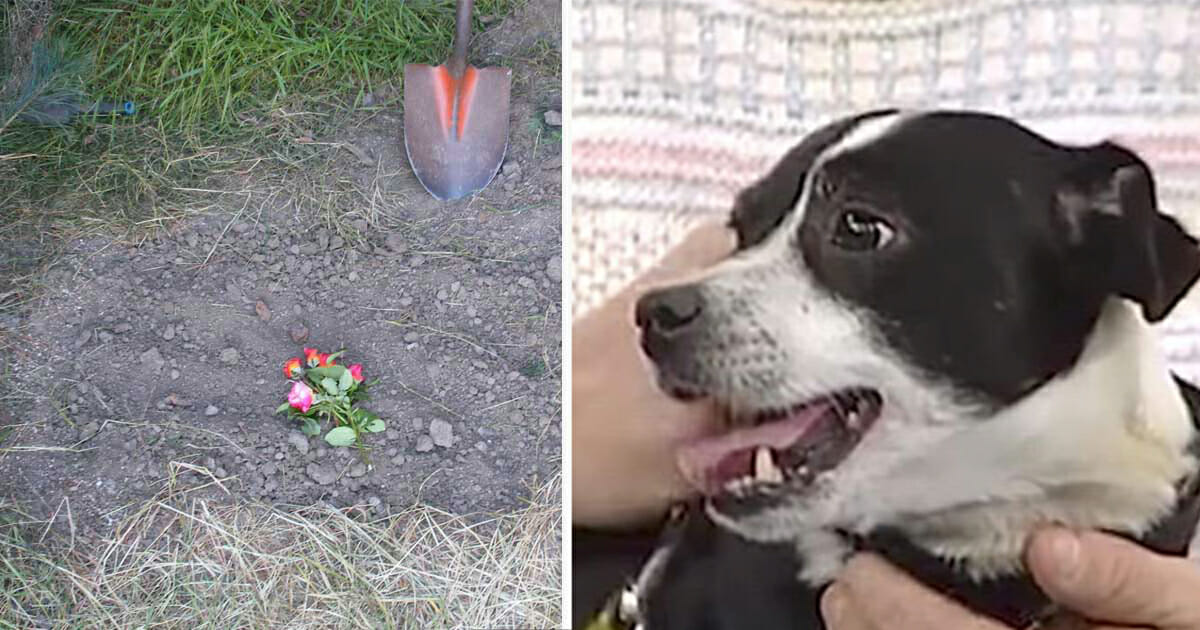 Strange it may sound, but when you consider that dogs and cats are our constant companions, dependant on us from the day of their birth, it begins to make sense. Our animals love us unconditionally, without judgment. This is something humans are rarely capable of.

Now imagine a scenario wherein you’re grieving a family pet, only for him to suddenly come back from the dead.

Share
Tweet
Mugsy was the family pet of Glenn Maloney and his children Megan and Kevin. The poor pup was hit by a car outside Glenn’s girlfriend’s house in Severna Park, MD, while she was watching the children.

Glenn rushed to the dog’s side, but it was too late.

“I picked Mugsy up,” he told PEOPLE,” but he died in my arms.” He checked the 4-year-old Jack Russell Terrier’s heartbeat and vital signs. None were present. He worked quickly to bury the beloved family pet, not wanting his kids to see the dog’s body.

When he finally told the children, they were understandably distressed. Together, the family went outside to Mugsy’s grave to give a small send off ceremony. They said a prayer for their little friend and went inside for the night.

Then, at 5:30 the next morning, they heard scratching at the door … Glenn opened the door and was stunned to see Mugsy, his tail wagging happily. The couple were so in denial that Glenn’s girlfriend, Viola, even argued that he must have buried a different dog. This couldn’t possibly be the same dog that had died in his arms?

But, after the initial shock wore off and they looked closer, they could see that Mugsy had been through quite the ordeal.

“Mugsy was covered with dirt and his eyes were bloodshot,” said Viola.

“Jack Russells are bred to burrow after foxes. I guess when he woke up in that hole, he just thought it was another old hole and he dug his way out, not knowing it was supposed to be his grave.” They took Mugsy to the vets for an assessment. The professionals had their own thoughts on what may have happened and how he was mistaken for being dead:

“The vet said that probably after six hours, he actually dug his way out,” Viola told Oprah. “His heart rate and everything was so slow that it was not obvious that he was alive. He had no vital signs.”

Watch the amazing story in the video below: