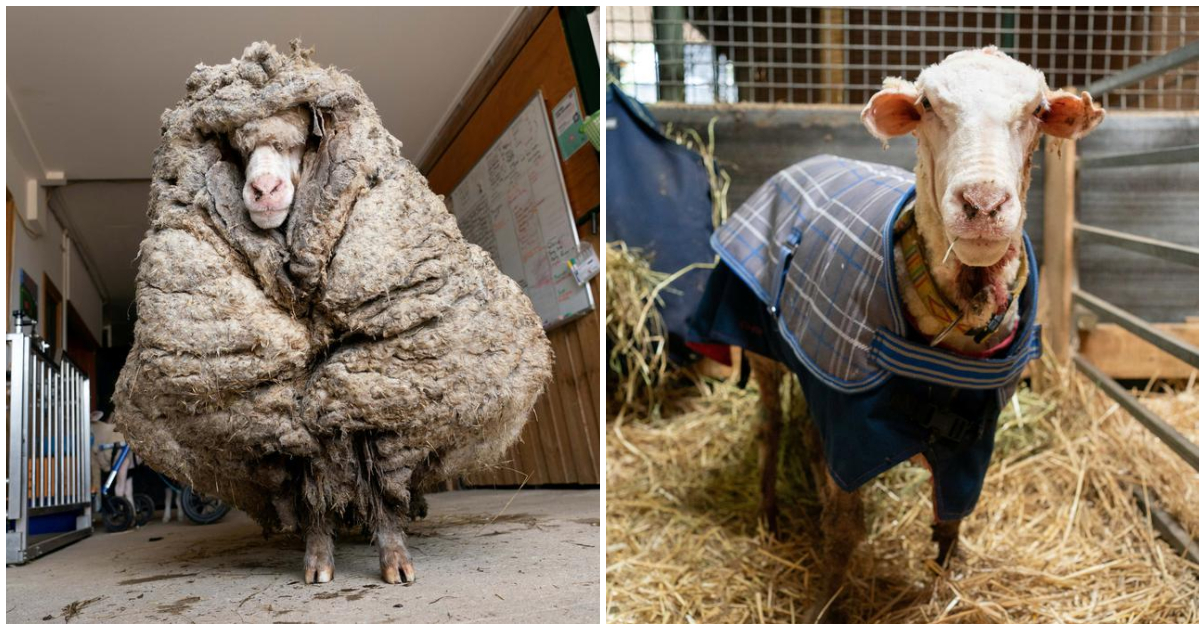 It’s amazing the difference a haircut can make. When one sheep was found in a shocking condition overflowing with wool, he got a much-needed makeover that has made all the difference.

According to Reuters, the sheep was found in Australia, and his excessive fleece, overgrown from not being sheared, weighed over 77 pounds, “nearly half the weight of an adult kangaroo.”

While the sheep, now nicknamed “Baarack,” was found in the wild, he appears to have previously been owned, due to evidence of an ear tag. He was taken to Edgar’s Mission Farm Sanctuary in Victoria.

Baarack was in need of help. The heavy and heavily matted fleece was taking a toll on the animal’s health.

“Whilst his hooves were in great condition from running over the rocks in the forest, he was in a bit of a bad way,” Kyle Behrend of Mission Farm Sanctuary told Reuters. “He was underweight, and due to all of the wool around his face he could barely see.”

Luckily, all Baarack needed was a good shearing. The farm sanctuary shorn off the dozens of pounds of wool, resulting in a night-and-day transformation for the sheep:

Sheep are supposed to be shorn at least once a year. Baarack got some much-needed love that made all the difference — and he will keep being cared for as one of the farm sanctuary’s rescue sheep.

“[It] all goes to show what incredibly resilient and brave animals sheep really are and we could not love them any more if we tried,” said Behrend.

What an amazing difference. Thank you to this farm sanctuary for taking care of Baarack.