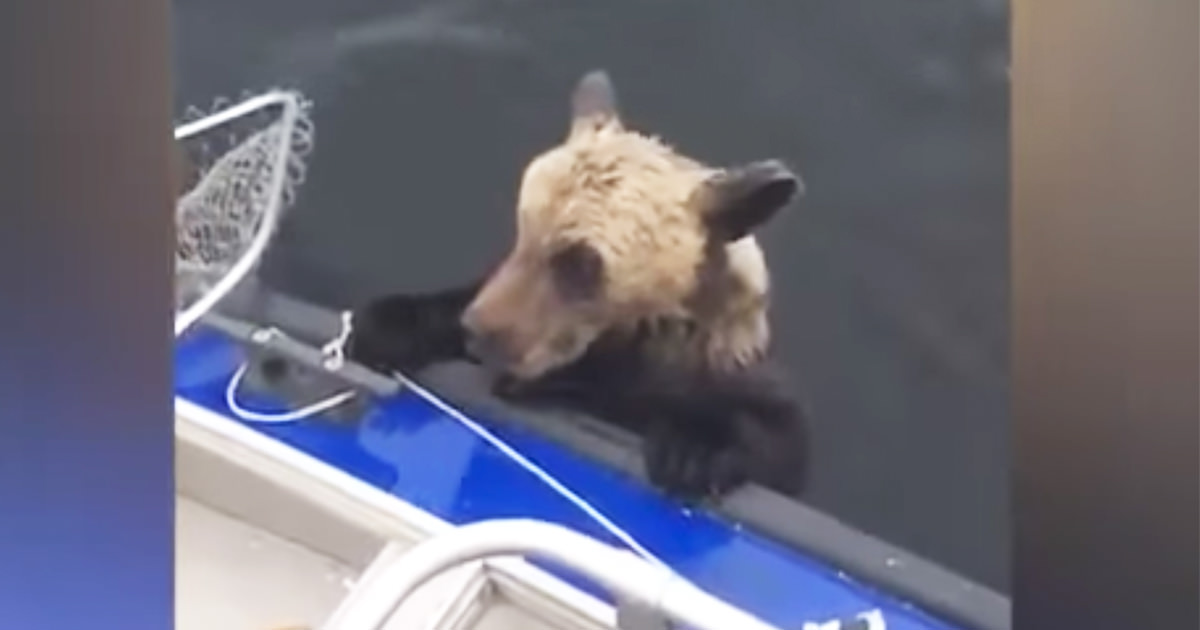 There are many evil people in the world who treat animals badly.

But I definitely believe that those who want to help and save animals are in the majority, which warms my heart.

Just like these fishermen who unexpectedly saw a bear cub clinging onto their boat. But as they would soon discover, the cub wasn’t alone…

Parents always want the best for their children and to see them perform to the best of their abilities. But sometimes our expectations outweigh our children’s capabilities and the results aren’t always what we expected.

This is what happened recently to a well-meaning bear mama, who thought her cub could swim better and longer than it actually could.

Some unsuspecting fishermen in lake Vygozero in Russia caught sight of a cub in the water next to their boat.

The little cub seemed tired and crawled hard against the hull in a desperate attempt to get up on dry ground.

Somehow mom and cub had lost each other and the little one was obviously tired. There wasn’t much time left before it would drown – but luckily the fishermen’s boat showed up before it was too late.

Didn’t put up a fight

Despite the risk to their own lives, they knew that animals’ lives are sacred. They took a big oar and fished the little bear cub out of the water before it could understand what was happening.

The cub understood that the fishermen were only trying to help, and didn’t put up a fight. It was only when the fishermen turned around that they saw something they never could have imagined.

The little bear cub was not alone — he had a sibling along with him on his little swimming trip. The fishermen jumped to action again and made sure the sibling ended up sitting safely on a net in the back of the boat.

Thanks to their amazing and quick-thinking effort, they were able to save both little bear’s life. They drove the boat to the little island where their mother was waiting — and at that moment there was certainly not a single mom in the world who was more grateful than this mamma bear.

The fishermen thought they were going out for an uneventful fishing trip that day. But instead they managed to save the lives of two young bear cubs — an effort nothing less than heroic.

These fishermen are real heroes in my book! Make sure to SHARE this story to honor their life-saving actions.