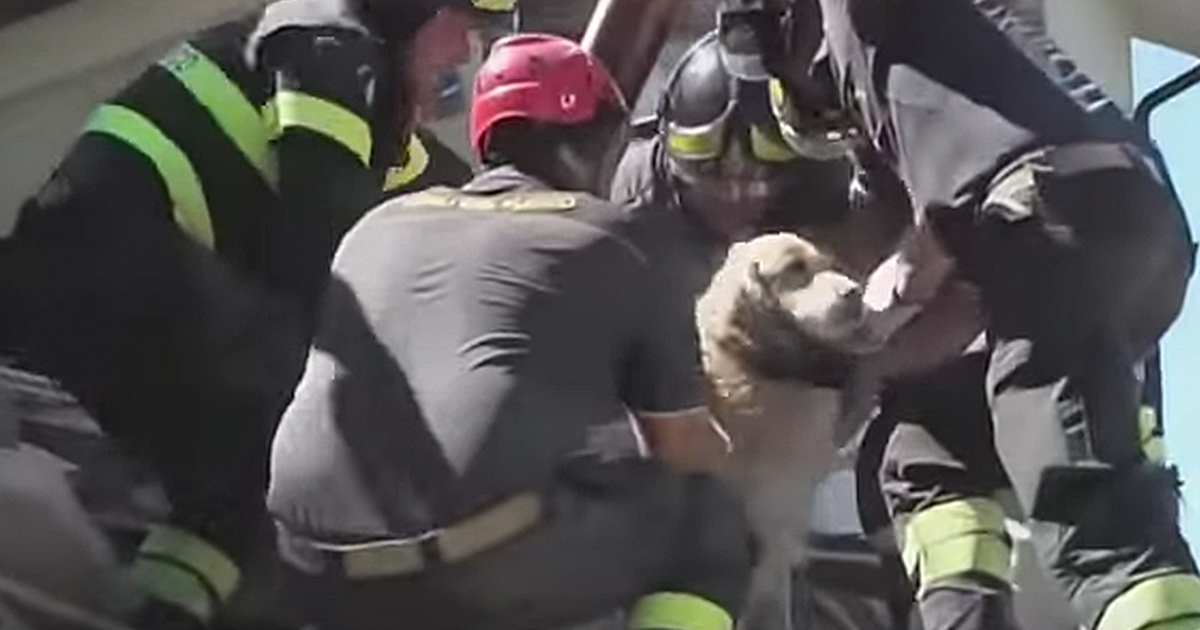 The earthquake that struck Italy on August 24, 2016 was devastating.

But within every tragedy are some brighter moments. Here’s one.

Following the earthquake, several houses collapsed in the small mountain village of San Lorenzo. Below one of the houses was Golden Retriever Romeo, who tragically got stuck behind when mum and dad had to quickly flee out of their house in the middle of the night.

People had little hope for Romeo; still his owners continued to search for him in the rubble for days. Sadly, he wasn’t found.

Some days later, rescue workers came by the house, as they continued to search for survivors. That’s when they heard a bark.

The rescuers frantically began to dig – eventually producing Romeo, who’d been buried under the collapsed house.

For a full nine days, Romeo had been trapped under the rubble. Miraculously, he was shaken but otherwise in fine condition, according to Yahoo News.

Soon after receiving some desperately needed water, Romeo was wagging his tail and even garnering up enough energy to give his owners little kisses.

Romeo is now happily reunited with his family.

Italy’s earthquake was a tragedy.

But within the darkness are always little bits of light!

Please share if this story also warmed your heart!