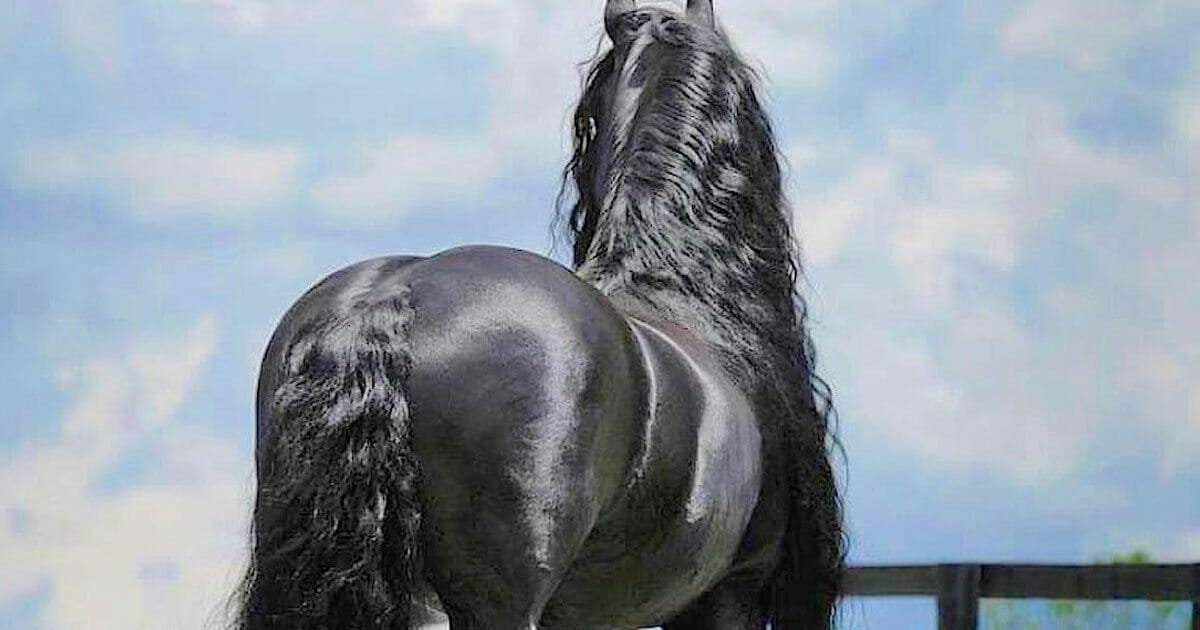 It’s rather easy to appreciate the effortless beauty of horses. Majestic, powerful and usually oh-so friendly, there’s a reason they’ve been used by humans throughout the centuries.

Naturally, it’s no easy feat to be dubbed the ‘World’s Most Handsome Horse’, but we think there might be a strong contender in Friesian Stallion Frederik the Great.

With his long locks and muscular build, Frederik has made quite the reputation for himself as a stand-out horse. His fan page on Facebook has some 90,000 likes, and for many he might just be the most good-looking horse on the planet …

Frederik lives on the Pinnacle Friesians Farm in the Ozarks mountains of the United States. His race has been almost eradicated three times, so breeder Stacy Nazario has focused on trying to get the breed to survive.

As per his owners: “Frederik is considered one of the most Photographic Friesians in the world, his beautiful Photographs taken by the amazing Photographer Cally Matherly has been admired by millions worldwide.”

We’re inclined to agree when you consider Frederik’s beautiful mane of hair blowing in the wind.

Also known as the “Labrador in hooves”, by all accounts Frederik is a gentle giant who relishes the attention he’s given.

He often travels all over for booked events and appearances, though his home is located in the Ozarks.

Do you agree he’s majestic and handsome?

Is he not impressive? Please share with all your horse loving friends! Frederik certainly deserves all of the attention he gets!

Share this article if you think he’s a beautiful creature.