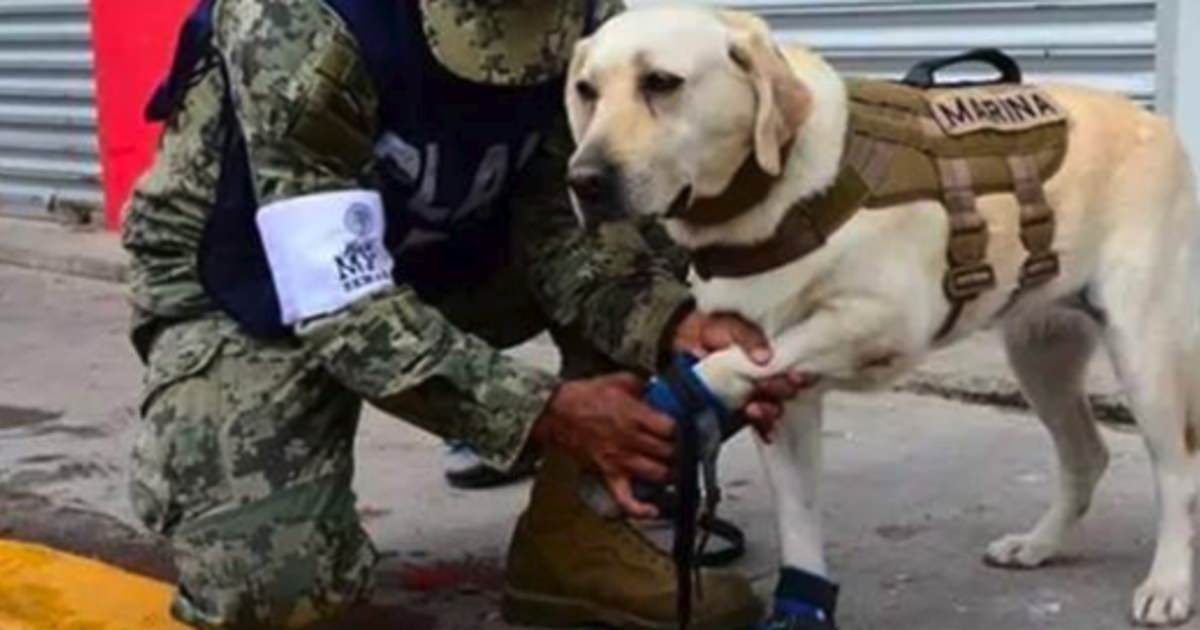 The death rate following the earthquake in Mexico on 19 September 2017 has now surpassed 270, and an unaccounted number of people are injured, according to Reuters.

Dog Frida is a beautiful labrador whose job is to risk her life by finding and saving people from disasters and accidents.

Frida is now working with the Mexican Navy’s canine unit to help them find survivors in the aftermath of the two horrific earthquakes the country recently endured.

Previously, Frida has saved a many as over 50 people, mostly from the rubble in Oaxaca.

Frida is six years old and currently a part of the Mexian navy’s dog rescue patrol.

She has saved over 50 lives, Metro reports.

Frida has her own personal attire with tailored boots and goggles. This is not your ordinary dog!

Fridas’ story has been spreading like wildfire around the world — after her great heroism and post-disaster work.

She has touched thousands of hearts both in Mexico and abroad.

Frida has been trained since she was two-years-old and has also worked in Honduras, Ecuador and Haiti where she also saved lives and rescued people.

I’m so impressed by Frida and the work she does.

She is truly a heroine and deserves all the gold medals she has received!

Please share to honor this incredible and brave heroine of a dog!