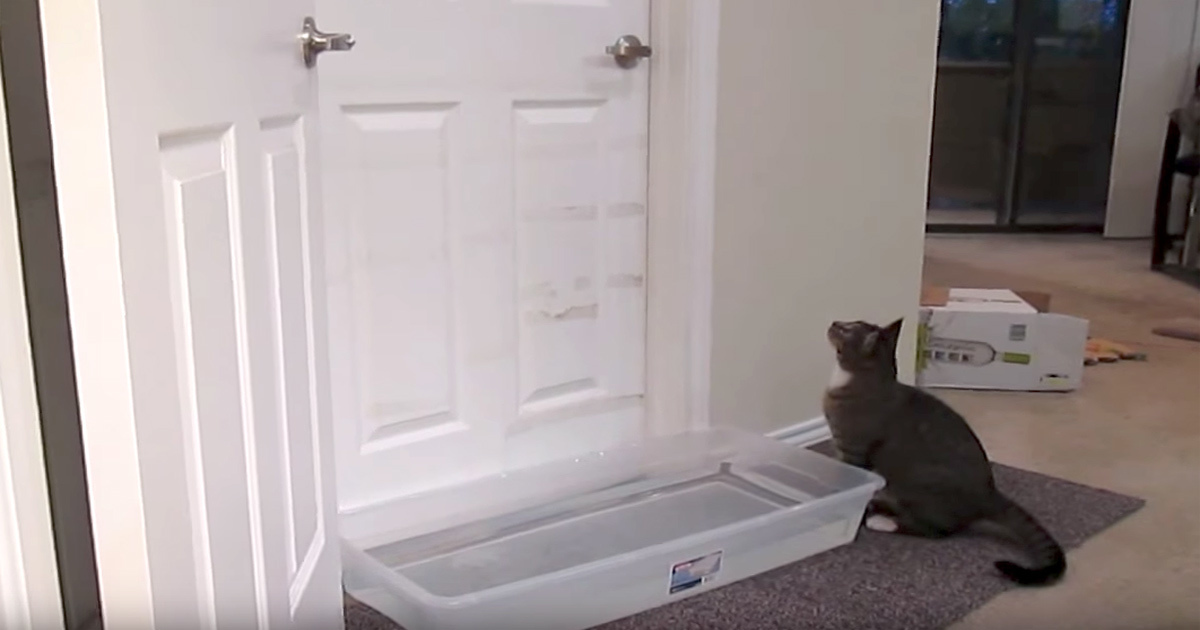 Cats can be really clever. One second, they’re snuggled up in a ball, and the next, they’re off on amazing mischevious adventures.

Mulder, the cat in the video below, prefers to conduct his adventures at night. In particular, he has an obsession with opening his owner’s bedroom door while he’s sleeping.

Sure, it’s a slightly annoying habit, but it’s easily outweighed by how clever and adorable Mulder is every time he breaks into his owner’s room.

Mulder’s owner has tried many things to keep him out of his bedroom at night, but nothing works. Until now, that is.

Mulder’s owner has a brilliant plan in mind to keep his cat out of his room at night.

He’s placing a container of water in front of his bedroom door hoping it will discourage Mulder from jumping up and swinging the door handle open.

As you probably know, cats don’t like water, and there’s a reason for this. While the top layer of cat fur is somewhat water-resistant, the underlying fur soaks up water easily, making it uncomfortable for cats to get wet.

The plan seems foolproof. After all, Mulder probably won’t jump and risk getting drenched, right?

But this cat has some serious problem-solving skills and a lovable persistence — not a bad combination if you’re trying to foil your owner’s “ingenious” plan.

Please share this video on Facebook so that all your friends can see how smart and wonderful cats are!