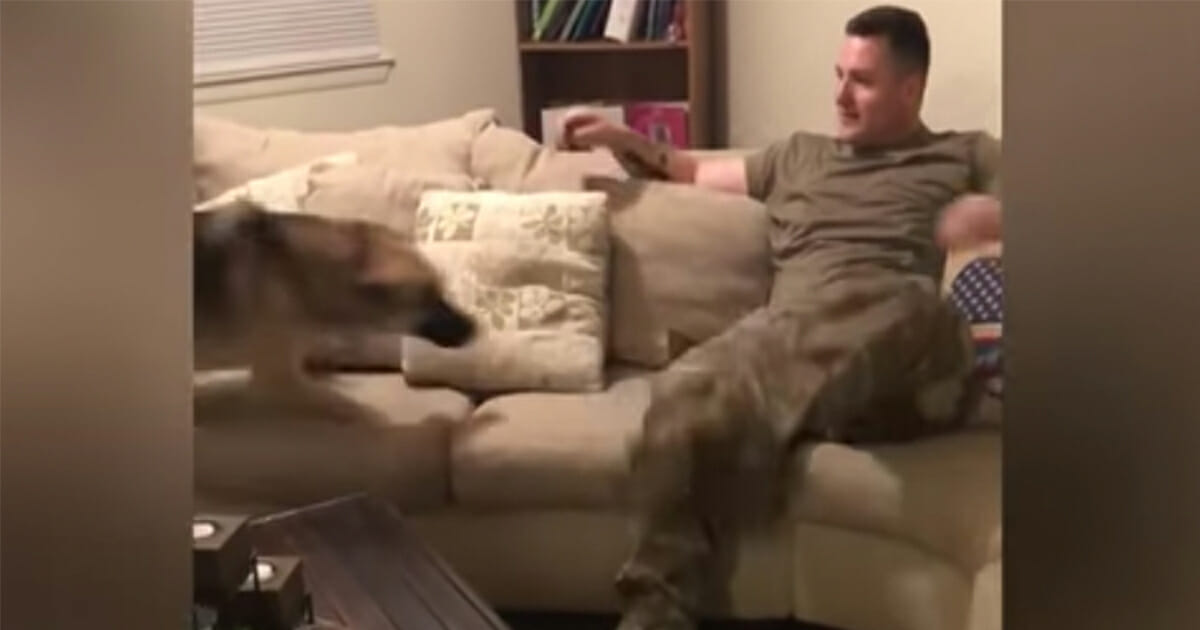 Anyone who’s ever had to leave a dog for an extended period of time can attest to the utter joy you feel when you’re reunited.

Furthermore, as you’ll well know, dogs have even less control over their emotions than humans. When a dog sees a loved one he/she thought was gone, their excitement is palpable; their affection infectious.

The internet is stocked full of amazing videos where people and their pets are reunited after lengthy spells apart, and we think we’ve found one of the most adorable yet. It involves Freyja the German Shepherd and her owner, a soldier in the US military. After months of believing he had abandoned her, Freyja saw her favourite person again. The result? Well, it’s certainly worth a watch…

Nine months is a long time for anyone to go without seeing someone they truly care about. Now imagine you’re a dog who has so much love to give to a very select group of people.

That was the case with Freyja, a German Shepherd who hadn’t been with her soldier daddy in almost a year. Fortunately, someone was on hand with a camera to capture the moment she saw him again.

The video starts with a soldier sitting in his living room. After a time, a door can be heard opening, and the scuttling of excited little feet becomes audible.

From there, all it takes is the soldier to whistle to have Freyja jumping onto the couch and heading straight for a cuddle that says it all. There are three dogs in total, but there’s no mistaking who considers herself the favorite. Freyja whimpers, whines and does her best to contain her elation… not doing a very good job of it, we might add.

It’s obvious from the video alone that the bond between this soldier and his dog is strong. Anyone who’s experienced the same sort of emotional connection with an animal will know exactly what we’re talking about – there’s simply nothing else like it.

Watch the heartwarming video in question below:

It’s always great to see humans and their fur babies reunited. If you agree, SHARE this story to spread some warmth to your Facebook friends and family.