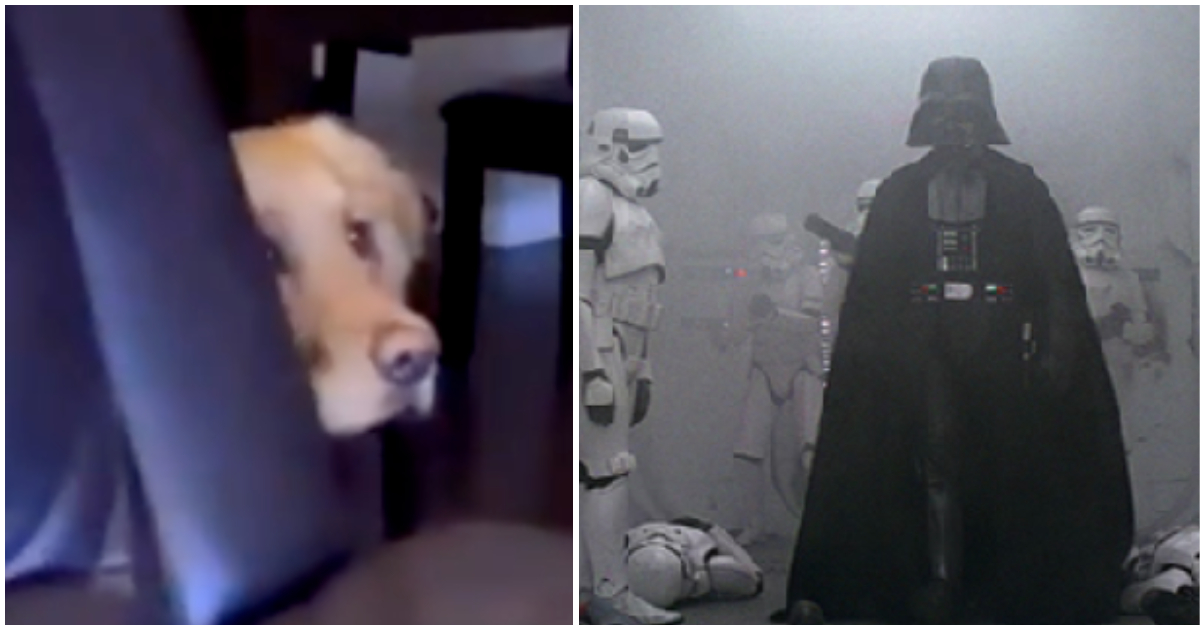 There are few movies more beloved or memorable than Star Wars, the classic space saga that launched a still-popular franchise. Generations of people can remember the first time they watched the movie and met its iconic characters.

But it turns out it’s not just people who are into Star Wars. Recently, one dog sat down to watch the movie, and had a hilarious reaction to the first sight of its villain.

In a viral TikTok video, a golden retriever named Ellie watches the original 1977 film. But when the menacing Darth Vader makes his first appearance entering the rebel ship, even she knew that it meant trouble.

And then, in an adorably relatable moment, Ellie says to herself “I have a bad feeling about this…“

As Vader makes his way forward in search of the stolen Death Star plans, the dog gets scared… and hides behind the couch.

(But, clearly still engrossed in the movie, she keeps watching the TV with her head poking out from the couch.)

Star Wars is one of the first exciting blockbuster movies many of us see as kids, and Darth Vader, with his heavy breathing and big robotic suit, is one intimidating foe.

So it’s no surprise that people related to Ellie. The hilarious video has gone viral, being viewed millions of times. The original TikTok video by user @rustymetalcreation has been viewed 3.6 million times, and it went further viral on Twitter with 6.6 million views.

It became so popular that it attracted the attention of one of the biggest stars of the series, Mark Hamill, who played Vader’s nemesis (and, spoiler alert, son) Luke Skywalker, who thought Ellie did the smart thing.

“Smart dog. I only wish I’d thought of hiding behind the couch when I first met him,” Hamill wrote on Twitter.

We’re definitely going to need to see a follow-up video of Ellie watching The Empire Strikes Back and see how she reacts to the “I am your father” scene.

“The force is with you Ellie,” he wrote.

What a hilarious video. It’s always funny to see how our pets react to movies. Share this funny video with the Star Wars fans in your life!