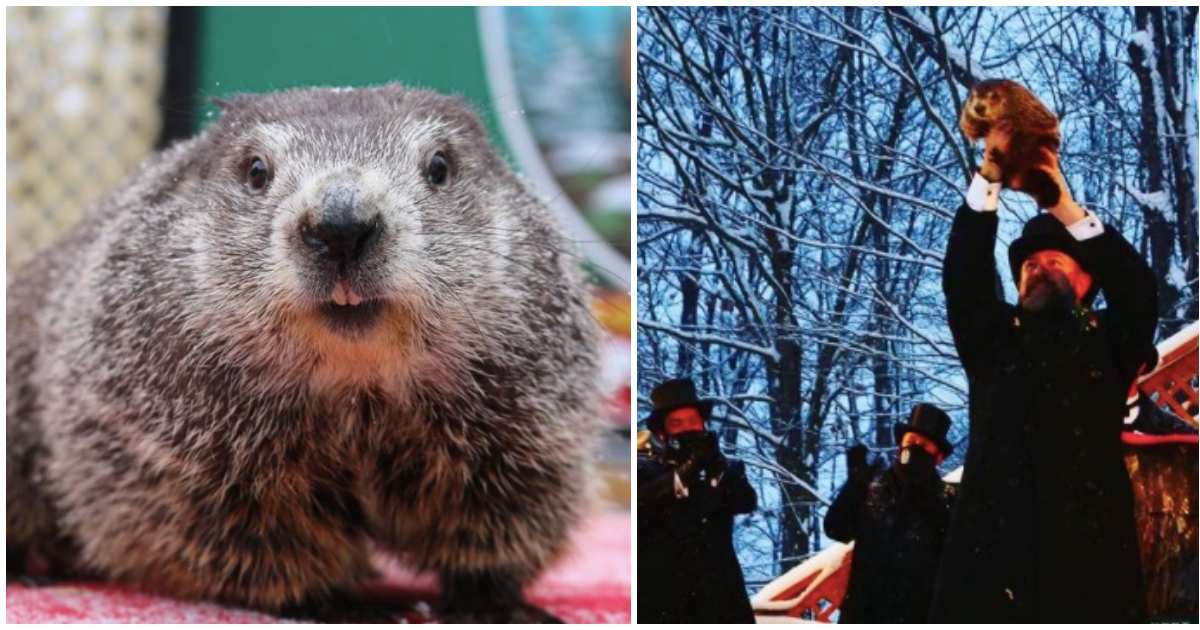 As Bill Murray once said, “It’s Groundhog Day… again,” which means it’s time for another weather forecast from one of the world’s most famous rodents.

All eyes were on Punxsutawney Phil this morning, waiting for the groundhog to emerge from his borough to see if he’ll “see his shadow,” forecasting six more weeks of winter.

And for those of us waiting for the snow to melt and the sun to come out, well, Phil didn’t have great news.

While many cities have their own groundhog ceremonies on February 2, by far the most well-known occurs at Gobbler’s Knob in Punxsutawney, Pennsylvania.

Their groundhog, named Punxsutawney Phil, is described with great reverence as “the Seer of Seers, the Prognosticator of all Prognosticators,” and has become the nation’s go-to source for winter prediction.

And not even the pandemic could stop the tradition of this 135-year-old ceremony. With no crowds flocking to Gobbler’s Knob due to social distancing, the Groundhog Club instead held the ceremony virtually, livestreaming the event online.

And Phil had some wise words about keeping up the tradition even amidst these unprecedented times, as he dictated in a message to his “Inner Circle.”

It is a beautiful morning this I can see,
With all my fans viewing virtually.
With my faithful followers being safe and secure,
Our tradition of Groundhog Day must endure.

So what was Phil’s verdict? He saw his shadow… meaning six more weeks of winter.

Although anyone in the northeast United States, which just got hit with the biggest snowfall in years, probably didn’t need the groundhog to tell them that.

That’s good news for people who like the cold, but for everyone else, it might be worth taking Phil’s predictions with a grain of salt: a study from Weather.gov finds that the Pennsylvania groundhog’s predictions only came true 40% of the time in the past 10 years.

And Phil isn’t the only groundhog in the game, and sometimes other rodents offer differing opinions. Woodstock Willie, one of Phil’s “rivals” from Woodstock, Illinois, predicted an early Spring.

But Phil remains the standard — “Punxsutawney Phil is the only true weather forecasting groundhog. The others are just impostors,” the Punxsutawney Groundhog Club writes — and while people might not like his dreary prediction of more winter, his handlers struck an optimistic tone.

“Punxsutawney Phil has made his prediction, it’s six more weeks of winter,” said Punxsutawney Groundhog Club’s President Jeff Lundy. “But I want to tell you, he also told us, after winter, you’re looking forward to one of the most beautiful and brightest springs you’ve ever seen.”

It’s a sentiment that resonates now more than ever, as people are looking towards Spring as a hopeful end to the pandemic after a difficult winter. In a year like no other, that’s a prediction we can all get behind.

You can get a look at the virtual ceremony below:

Happy Groundhog Day! Enjoy the six more weeks of winter — or remember Spring is just around the corner!