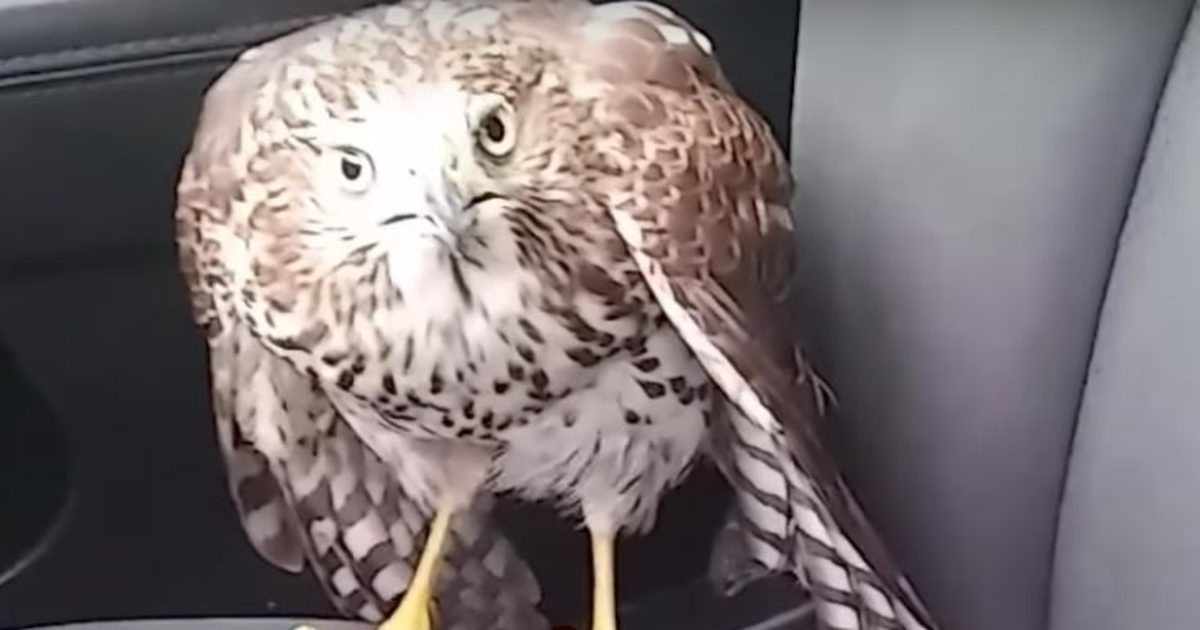 When Mother Nature shows her dark side, it can be truly frightening. Things like roads, birdges, and houses, which normally seem indestructable, can be destroyed in seconds in an earthquake, forest fire, or hurricane. It’s downright scary, to say nothing about the potential the loss of life.

But natural disasters also bring out the best in people. During that last few days, as Hurricane Harvey has devastated parts of Texas, it’s been heartening to see so many heroes step up and make sure that their friends, neighbors, and even animals are safe from the storm.

One animal that almost became a victim of Harvey was a young Cooper’s hawk. It got so afraid that it did something usual to protect itself from the storm… and now the hero who saved the beautiful bird has posted a video on YouTube.

Hurricane Harvey, which has been devastating Houston, Texas for the last several days, has forced countless humans and animals to evacuate their homes, including this poor Cooper’s hawk. On Saturday, August 25, the storm was approaching and the bird had no time to waste… so it flew straight into a taxi to seek shelter!

Taxi driver William Bruso had no choice but to let the bird stay. Realizing how special the moment was, he turned his cell phone camera and hit record. In the clip, Bruso says the hawk was confused and didn’t know what to do, but the bird’s eyes say everything…

It’s fascinating to see an animal that normally wouldn’t approach humans realize that it’s much better to face the approaching storm with a person by its side.

Check out the clip here:

Eventually, the taxi driver decided to offer bird a safe place to stay at his home. From there, the man uploaded more videos to keep everyone up to date on the hawk’s situation.

The hawk, named Harvey after the hurricane, turned out to be a young female still dependent on her parents.

She didn’t have enough strength to fly and needed shelter, which she found with this wonderful taxi driver.

And judging by the video, Harvey seems quite happy in her new, temporary home!

Two thumbs up to this taxi driver who realized that this hawk needed help! Don’t hesitate to share these nice videos with your animal-loving friends.