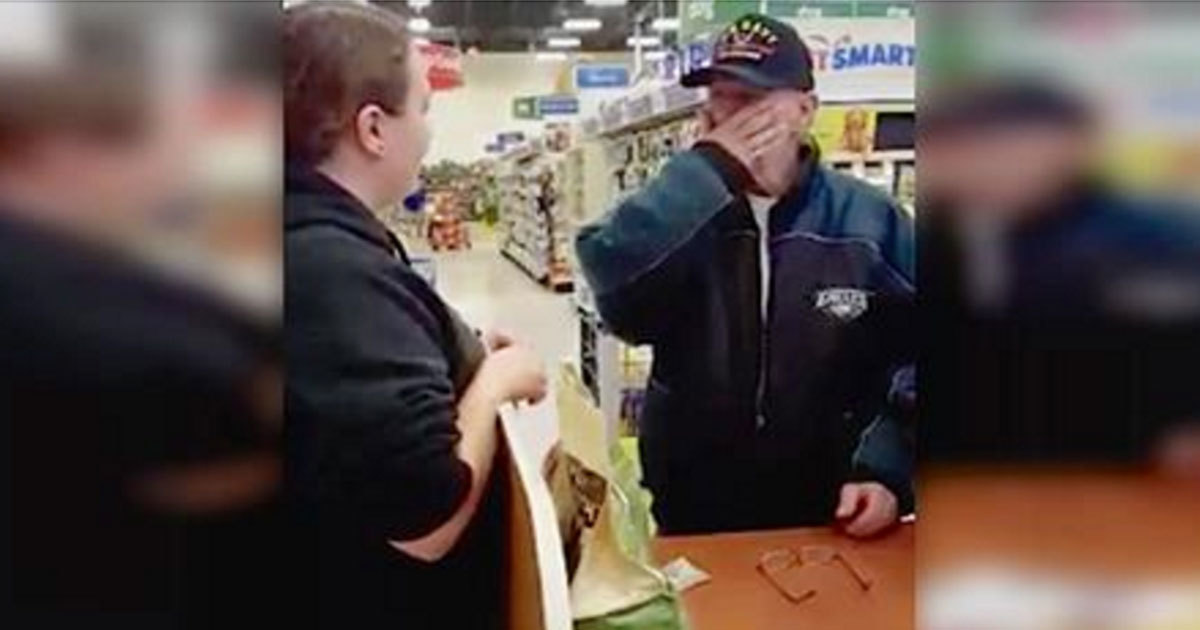 Sometimes you hear a really moving story that just immediately gets you teary-eyed. This is one.

It began when an elderly man from Delaware, USA, had a heart attack in September this year. He luckily survived but was hospitalized and could no longer take care of his two dogs Bailey and Blaze.

The dogs were placed in a shelter where they were forced to remain until their master returned to health.

Time passed, but the man (whose name is not published) remained under hospital care. In the end, his dogs could no longer be kept at the shelter and they were put up for adoption… Read on for his full, moving tale.

But fate was on the man’s side. When he was finally strong enough to leave the hospital, the dogs had luckily not been adopted out yet. He hurried to his dogs to bring them back home.

It was a wonderful reunion. The dogs were overjoyed when they saw their owner again.

But taking them home was not as easy as the man had hoped it would be. The shelter charged him US $250 for ‘adopting’ them back. It was more than he had.

He asked to come back later and sadly returned home again, without his dogs.

A few days later he returned. Unfortunately, he still didn’t have enough money to pay the fees to bring his beloved dogs home. He returned to advise the shelter that he needed more time to arrange to get the money. But this time, the staff had a surprise in store for him.

They had grown concerned about the dogs’ extended separation from their owner, and so they decided to cover the fee themselves. Staff paid out of their own pockets for this to happen, even including dog food and toys in their gift. The man had no idea of their plan, and was shocked when the woman in the shelter informs him that he can at last take Baily and Blaze home.

Below you can see his reaction when he hears the great news. A few minutes later, Bailey and Blaze run out to him. This just made my heart melt.

Now they can finally go home together!

Did you also think this was a wonderful story? Please share so that more people can enjoy it, too.