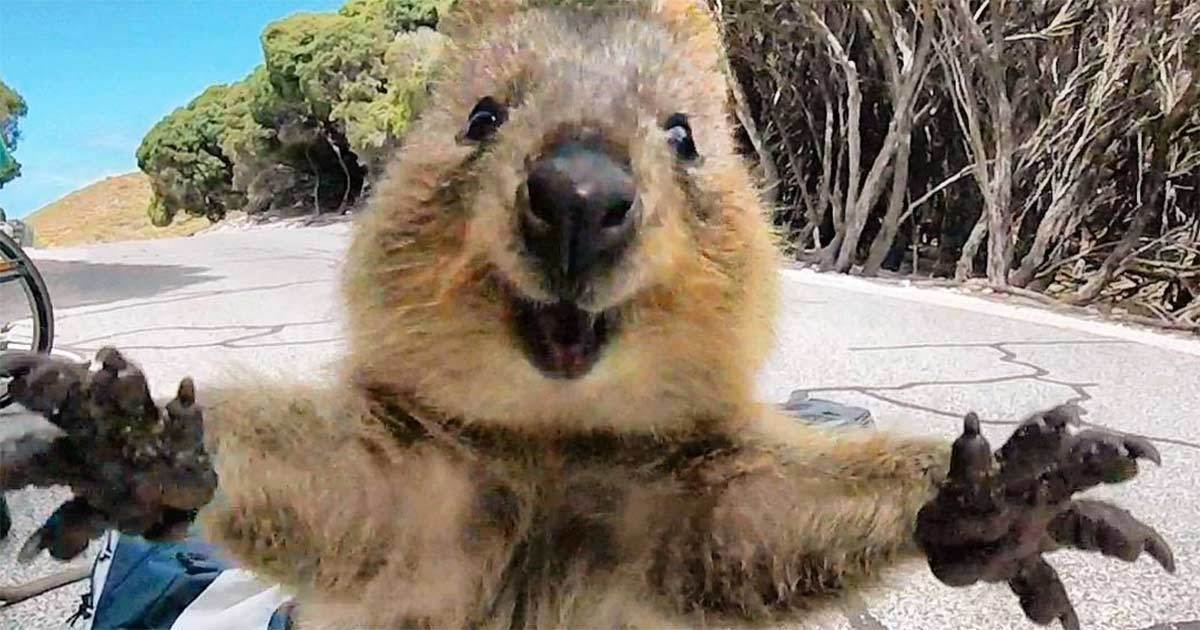 It’s not us just humans who like to be in pictures.

An Australian named Campbell Jones learned this lesson in the cutest possible way when he was out on a bike ride and came face to face with a rare marsupial called a quokka.

Campbell was riding his bike on Rottnest Island in January when he suddenly saw the cute animal on the side of the road.

Campbell stopped, took some quick pictures and got back on his bike—but it turned out that his model wasn’t ready to end the photo op.

“As I walked back to my bike, the quokka chased after me. I put down the GoPro and it jumped at me as if to say ‘come back,'” Campbell told The West Australian.

It was love at first sight—and Campbell’s new friend was more than eager to mug for the camera.

Now, the unbeatable photos of the event are spreading like wildfire on social media—and it’s easy to see why.

How cute are these pics?

The quokka can only be found in Australia, and mainly live on Rottnest Island.

The species, which is listed as vulnerable by the International Union for Conservation of Nature and Natural Resources (IUCN), is known for being very social, and isn’t afraid of people.

In fact, it’s a real photobomber.

Campbell’s lovely meeting with this quokka isn’t the only time the species has struck a pose for photographers.

Search for #quokkaselfie and you’ll find lots of pictures of these adorable little cuties—they sure are happy to introduce themselves to the world!

Just take a look at these pictures:

Share if you also think that quokkas are really adorable little creatures!