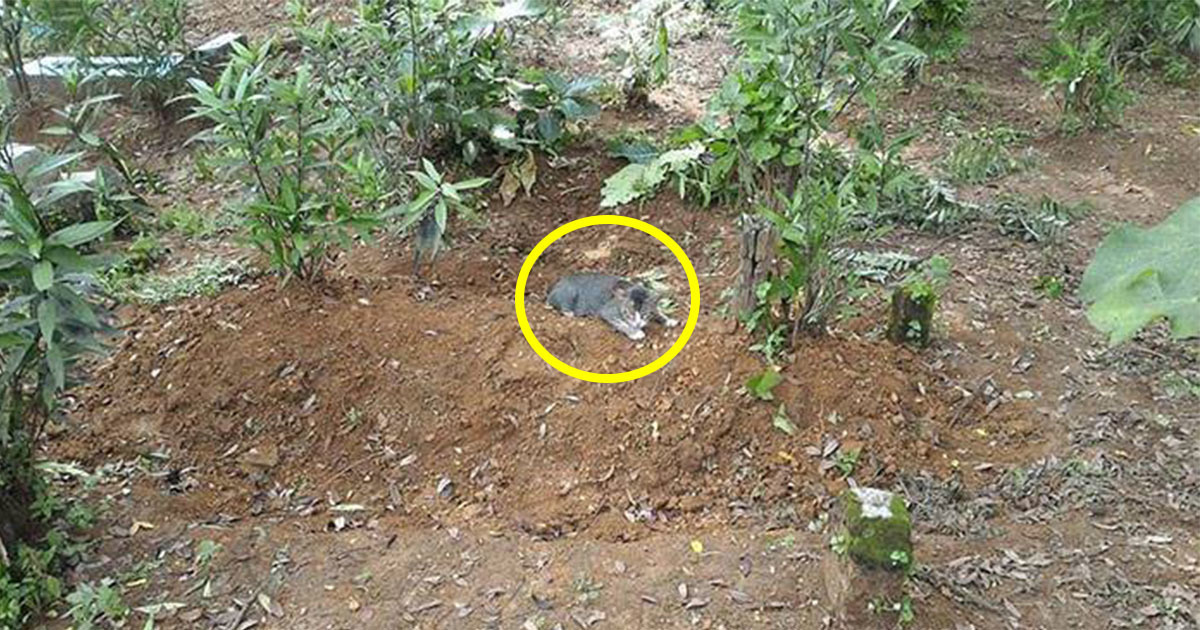 Dogs, man’s best friend, are famous for being very loyal animals who have a tendency to follow their owners wherever they might go.

We have previously written about dogs who have saved the lives of their owners and dogs who recognized their owners’ graves after they passed away.

Cats are loyal in their own way. But I have yet to have heard similar stories about cats like the ones mentioned… until now.

28-year-old Keli Keningau Prayitno lives on Java island in Indonesia. One day while passing through the local cemetery, he heard a strange sound.

He followed the sound, which brought him to a cat who was lying on a tombstone.

By the look of it, the cat was underfed and thirsty, so Keli assumed it was a stray and living in the cemetery. Keli felt sorry for the little cat and brought some food and water for her which he left close by.

The following day, while walking the same path, Keli heard the same sound again. He found the same cat on the same tombstone. The cat hadn’t touched the food Keli had left her.

He got closer to the cat, and upon taking a closer look, he realized that the cat didn’t look homeless after all.

On the third day, Keli managed to finally get close enough to pet the kitty. Keli started feeling very close to the cat and couldn’t bear letting her live one her own at the cemetery. So, he decided to adopt her and brought her home with him.

The next day however, the cat was nowhere to be found.

Keli looked everywhere and finally decided to head to the cemetery where he had first found her.

And there she was, at the same spot as always, lying on the same tombstone. Seems she just couldn’t pull herself away from that spot.

Keli once more took the cat home with him, but it appeared impossible to get her to stay.

Keli become curious about where the cat had come from and if it had an owner. He started to ask around and investigate.

After some good old-fashioned ‘detective work’, Keli found out that the grave belonged to the cat’s owner who had passed away, Express reports.

Turns out, the cat was living with the owner’s children who fed her every day and that’s why the cat hadn’t touched the food Keli had left her.

But she would only come to eat and spent the rest of her time at her owner’s grave, not wanting to leave the owner alone.

This story just made our hearts melt! Cats have hearts too and can be very loyal pets.

Please share this heartbreaking yet beautiful story with all your cat loving friends!