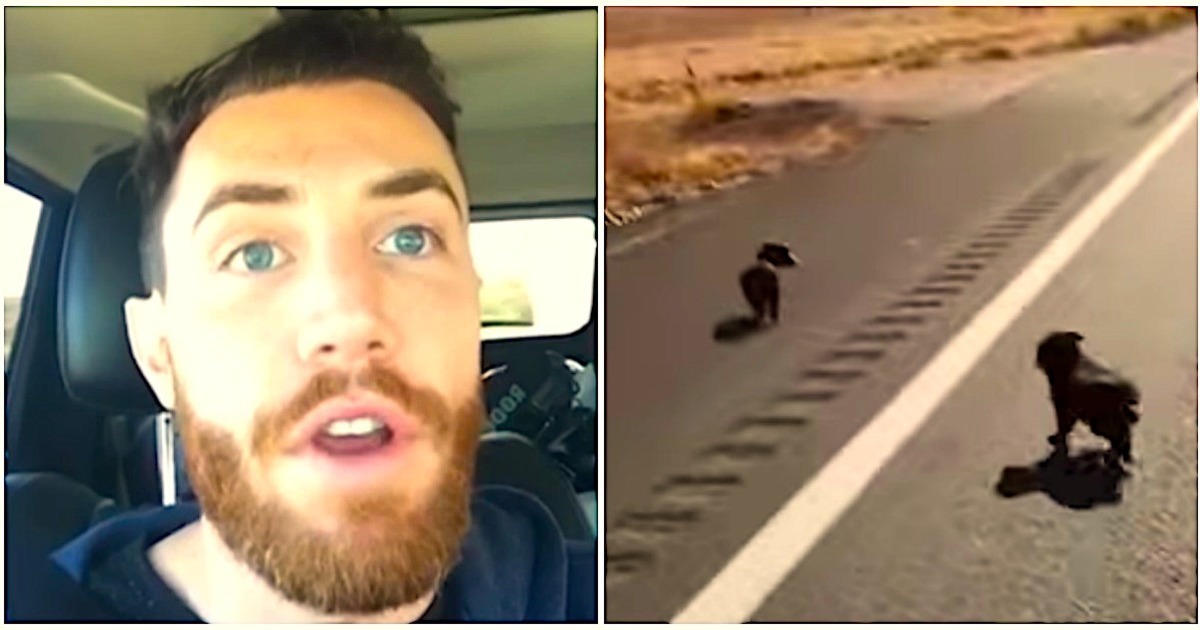 If you’re on a journey of discovery, you’re bound to see things you’ve never seen before.

And Jordan Kahana, the guy in the video below, saw something he never expected to see on a road trip he took recently.

The Los Angeles native had a few weeks off from work over the holidays and decided to go away for a few weeks.

He was prepared to meet some new friends on his trip, but nothing could have prepared him for what fate had in store for him.

Jordan packed his car and set off for the Grand Canyon in northwestern Arizona.

And while he was cruising along a lonely desert road in Arizona, Jordan made a shocking discovery.

He saw two dark shadows on the road ahead of him. But these shadows were strange, because there wasn’t a cloud in the sky. And soon Jordan noticed that the shadows were moving.

“You will not believe what I just found in the middle of the road!” he says into the camera he brought along with him on the trip.

So what Jordan did find? Two homeless puppies that couldn’t have been more than eight weeks old.

Jordan stopped his car and managed to catch the puppies and get them off the road.

He drove them to the nearest animal hospital, where vets examined the dogs and treated them.

But Jordan didn’t leave his newfound friends in the dust—he decided to adopt the pair!

Jordan had been thinking about adopting a dog, but for various reasons, he put it off.

So when these two little cuties came into his life, Jordan felt like it was fate.

These days, the trio calls themselves the “Adventure Squad” and Jordan documents their adventurous journey back at their new home. What a super guy!

Watch a video about the wonderful trio here:

What do you think about this sweet story? Let us know how you feel in the comments on Facebook. 🙂