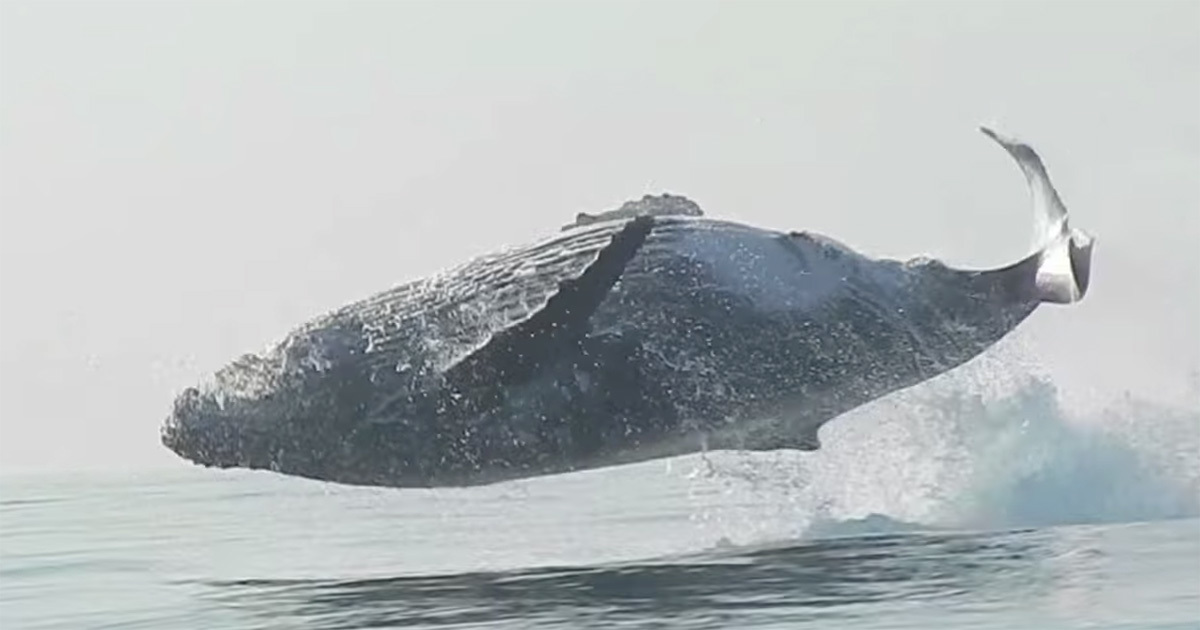 When out on a fishing mission for sardines in the Indian Ocean coast of South Africa, scuba diver Craig Capehart spotted a gigantic whale estimated to weigh about 40 tons doing something possibly never seen before.

Humpback whales have a distinctive body shape, with long pectoral fins and lumpy heads. They are known for coming to the surface of the water to breathe, hunt and communicate. They can also dive.

However, this might be the first time someone actually caught one on camera jumping out of the water. And boy did this whale put on a good show.

Craig posted a video of the tremendous occurrence on his YouTube channel on July 20, 2017, which has had over 2,5 million views thus far. People are clearly amazed by this humongous creature’s flips and jumps.

We are four SCUBA divers in a small “rubber duck” inflatable boat with two powerful 110 hp four stroke outboard motors. We are hunting for sardines. It is the annual world famous “South African Sardine Run”, a mass migration of pilchard fish up the east coast of Africa.”

“Sadly, our six or seven hours daily on the water entail mostly waiting, waiting, and waiting a little longer until we find the elusive sardine bait ball. Entertaining us while we wait are migrating humpback whales. Some are a mothers with calves. Some are males traveling in small groups.

This day, there were few sardine sightings but the whales seemed to be everywhere! An unexpected bonus! This video shows a humpback whale mother cow swimming with a calf. It shows an adult 40 ton whale on its back, slapping both its left and right fins on the water, then leaping entirely out of the water!”

Watch the video of the gigantic whale below:

Absolutely remarkable! It’s almost like this whale knows it’s being filmed and is putting on a real show for the cameras!

Please consider sharing Craig’s story as a tribute to wildlife and mother earth.